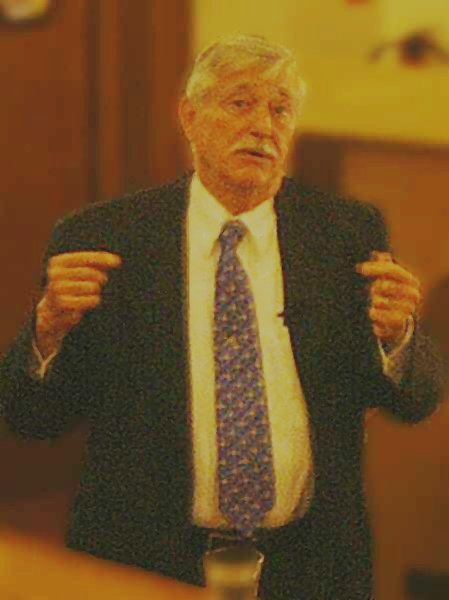 Halton Christian Arp (aka "Chip") is an American . He is known for his 1966 "", which (it was later realized) catalogues many examples of interacting and merging galaxies. Arp is also known as a critic of the and for advocating a incorporating .

Arp's is that s or quasi-stellar objects (QSOs) are local objects ejected from the core of active galactic nuclei (AGN). The was originally proposed in the 1960s as an alternative to Maarten Schmidt's explanation for QSOs, which stated that they were very distant that appeared to be highly ed because of the expansion of the .

Since Arp originally proposed his theories in the 1960s, however, s and astronomical instrumentation have advanced greatly; the was launched, multiple 8-10 (such as those at ) have become operational, and detectors such as CCDs are now more widely employed. These new telescopes and new instrumentation have been utilized to examine QSOs further. QSOs are now generally accepted to be very distant galaxies with high redshifts. Moreover, many imaging surveys, most notably the , have found many high-redshift objects that are not QSOs but that appear to be "normal" galaxies like those found nearby.

Nonetheless, Arp has not wavered from his stand against the and still publishes articles stating his contrary view in both popular and scientific literature, frequently collaborating with and .

The Atlas of Peculiar Galaxies

Arp has compiled a catalog of unusual galaxies titled "", which was first published in 1966

Astronomers today recognize that Arp developed an excellent atlas of interacting and merging galaxies. Many objects in the atlas are primarily referred to by their Arp number. Many of these objects (particularly ) are also used as spectral templates for studying high-redshift galaxies.

In 1960, Arp was awarded the by the , a prize "normally awarded annually for a significant contribution to observational or theoretical astronomy during the five years preceding the award." [ [http://www.aas.org/grants/awards.html Helen B. Warner Prize for Astronomy] ]

In the same year, Arp was awarded the for his address, "The Stellar Content of Galaxies" read before a joint session of the American Astronomical Society and AAAS Section D. [About the AAAS: [http://archives.aaas.org/people.php?p_id=453 History & Archives] ]