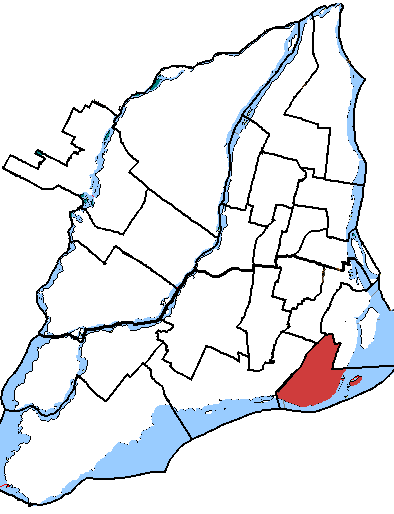 LaSalle—Émard is a federal electoral district in the Canadian province of that has been represented in the since 1988. Its population in 2001 was 99,767. Former Liberal Prime Minister Paul Martin represents this riding, but announced he would not run in the

The district includes the Borough of LaSalle, and the western part of in the Southwest borough. The neighbouring ridings are , , , and .

The electoral district was created in 1987 from LaSalle, and ridings.

This riding has elected the following :

* [http://www.parl.gc.ca/information/about/process/house/hfer/hfer.asp?Language=E&Search=Det&Include=Y&rid=911 Riding history from the]