The Chittagong Collegiate School is a secondary school in Chittagong, the southern port city in Bangladesh. Established in 1836, it is one of the oldest schools in the country.

The headmaster of the school is Mohammad Aziz Uddin.

In 2008 the Government renamed the school "Chittagong Collegiate School & College"

The school is also undertaking the development of its sports facilities which includes a swimming pool within the school campus. The school field which was filled with sand has been made a grassy playground.

The school offers teaching in two shifts over six days a week to its over 2000 students in its 21 classrooms. The school also has a library, a computer lab, two science labs, three halls and one auditorium. 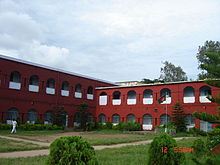 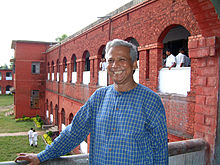 Muhammad Yunus visiting the school in 2003

Established in 1836, Chittagong Collegiate School will celebrate it's 175 years in 2011. Calls for a ceremony is being generated by many ex-students in the websites like Facebook(see External links)