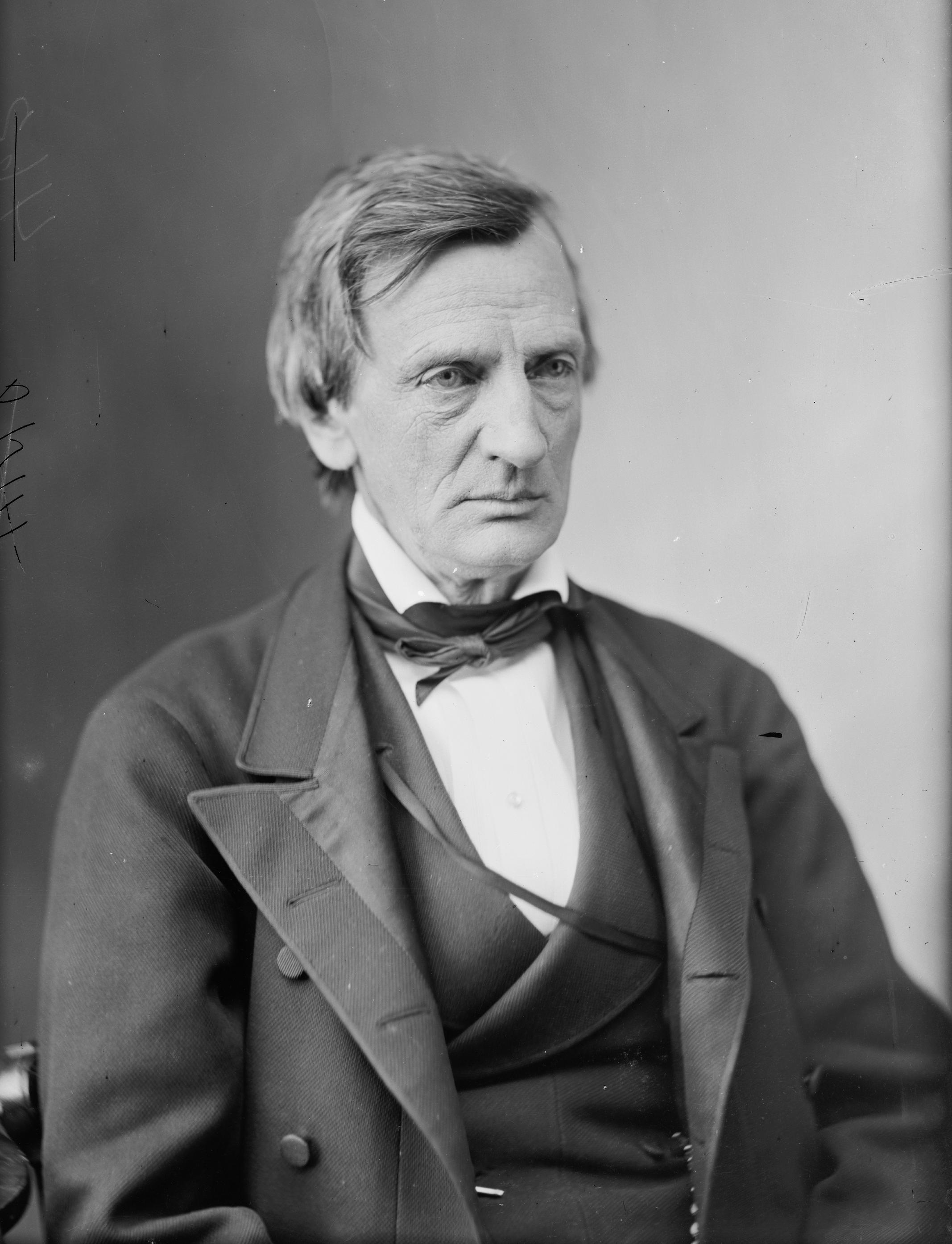 William Maxwell Evarts (, &ndash; , ) was an American lawyer and statesman who served as , and from . He was born in , the son of author, editor, and opponent , and the grandson of Declaration of Independence signer .

William attended , graduated from in 1837 and then attended . While at Yale he became a member of the secret society , but later in life spoke out against such societies at the 1873 Yale commencement alumni meeting, claiming they bred snobbishness. [, "Secrets of the Tomb: Skull and Bones, the Ivy League, and the Hidden Paths of Power", , 2002, Robbins, page 131, 199.] [Chester Leonard Barrows, "William M. Evarts, Lawyer, Diplomat, Statesman", University of North Carolina press, 1941, page 12]

A Whig Party supporter before joining the fledgling Republican Party, Evarts was appointed an assistant United States district attorney and served from 1849-1853. In 1860 he was chairman of the New York delegation to the where he placed Senator 's name in nomination for President. In 1861 he was an unsuccessful candidate for the from New York. He was a member of the State constitutional convention in 1867-1868.

He was chief counsel for President during the impeachment trial, and from July 1868 until March 1869 he was Johnson's . In 1872 he was counsel for the before the tribunal of on the Alabama claims at .

Evarts served as counsel for President-elect , on behalf of the Republican Party, before the Electoral Commission in the disputed U.S. presidential election of 1876. During President 's administration he was . He was a delegate to the International Monetary Conference at Paris 1881.

He led the American fund-raising effort for the pedestal for the and spoke at its unveiling on October 28, 1886.

Senator Evarts retired from public life due to ill health in 1891. He was also part of a law practice in New York City called Evarts, Southmoyd and Choate.He died in and was buried at in .

William was a member of the extended , which had many members in American politics.

, a first cousin of Evarts, was a , Associate Justice of the and representative in Congress. The two were best friends, and shared similar professional pursuits and political beliefs. Each served, in succession, as United States Attorney General. Some of Evarts's other first cousins include U.S. Senator & Governor of the State of , ; U.S. Senator for Massachusetts (brother of Ebenezer R.) ; and state senator and founding trustee of the , .

Son graduated from Yale College in 1884, where he was also a member of . He served as a New York City District attorney, and then later as General Counsel for , which later became the , president of two (2) Windsor, VT banks, and the chief financial backer of the Gridley Automatic Lathe "(manufactured by the Windsor Machine Co.)". In politics, Maxwell served as a representative in the Vermont state legislature and was a Vermont State Fair Commissioner.

Allen Wardner Evarts, another son, graduated from in 1869. He supported the founding of Wolf's Head Society, and was first president of its alumni association and held the position for 20 years over two separate terms. He was a law partner, corporate president, trustee of , and a New York clubman.

Great-grandson served as a U.S. Solicitor General and special prosecutor during President 's , whereas Evarts defended a president in his impeachment trial. In a sense, they both successfully argued their cases, which represent two of the three U.S. Presidential impeachment efforts. An impeachment trial was never held in Nixon's case, due to the president's resignation.

William M. Evarts was a running gag in the Jack Benny radio episode of 53-04-05 Easter Parade.