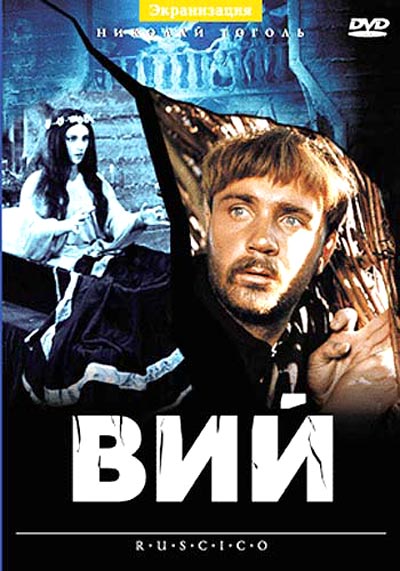 Leonid Kuravlyov was born in in 1936. He lost his father when he was still a little boy. In 1941, Kuravlyov's mother was falsely accused and exiled to the , where they would spend several years until their return to Moscow. In 1955, Leonid Kuravlyov was accepted to the and began studying the art of acting.

Leonid Kuravlyov made his first appearance in a movie while he was still a student. In 1960, he played the role of a sailor Kamushkin in a historical movie "" (Warrant Officer Panin) directed by . Simultaneously, Kuravlyov acted in Vasily Shukshin's degree work "" (They report from Lebyazhiy). That same year, Kuravlyov graduated from and joined the . From that moment on, Leonid Kuravlyov played a few leading parts and incidental characters in a few movies. In 1961, Kuravlyov and Shukshin starred in a famous Soviet melodrama "" (When the Trees Were Tall) with playing the leading part. Actor and film director Vasily Shukshin is considered to have been the one to widely introduce Leonid Kuravlyov to the general public. In 1964, he shot two films - "" (There Is Such a Lad) and "" (Your Son and Brother) - both starring Leonid Kuravlyov. Shukshin liked Kuravlyov's acting in these two movies so much that he would constantly offer him different roles in many of his projects. Kuravlyov, however, turned down each one of them because he did not wish to play d characters.

The role of Shura Balaganov in Mikhail Shveitser's comedy "The Little Golden Calf" based on 's eponymous book was the next step in Leonid Kuravlyov's acting career, in which he managed to create an unforgettable sparkling image of a naive petty thief. Kuravlyov's other notable films of this period include one of the first Soviet horror movies "Viy" (Viy or Spirit of Evil; 1967) directed by , where he played a young seminarist Khoma Brutus, and a psychological melodrama "" (Not Under the Jurisdiction; 1969) directed by and , where he played a negative character of Sorokin.

In the early 1970s, Leonid Kuravlyov would star in three to four films a year. He managed to play completely opposite characters like in 's "" (Life and Amazing Adventures of Robinson Crusoe; 1972), Nazi officer Kurt Eismann in "" (1973), and Lavr Mironovich in 's "" (The Last Victim; 1975).

Even though Kuravlyov is very good at playing serious dramatic roles, he is still best known and mostly loved for his comic appearances in movies like 's "" (1973), where Kuravlyov played a thief named George Miloslavsky, who accidentally got teleported to the times of . Interestingly enough, also tried out for this role, but Leonid Gaidai decided in Kuravlyov's favor. In 1975, Leonid Kuravlyov starred in one his most famous comedies "", directed by . Kuravlyov played a very atypical character – a named Afonya Borshchyov, who takes bribes, often gets into trouble, abuses alcohol, quarrels with his superiors at work, and doesn’t really know what to do with his life. And then suddenly, one of his neighborhood "female clients" falls in love with him... About 62,2 mln. people went to see "Afonya" during its first year on cinema screens, making it an unconditional Soviet box-office leader of 1975. In 1979, Leonid Kuravlyov played a very short role of a thief named Kopchyoniy in Stanislav Govorukhin’s cult film "". The actor masterfully created an accomplished and amazingly credible image of an experienced criminal in just a matter of minutes.

The 1990s were not the best times for the Russian cinema in general and most of the released movies were mediocre and low-grade. During this period, many actors were forced to star in low-quality films just to make ends meet, and Leonid Kuravlyov was not an exception. Perhaps, his role in a movie called "" (Lady Into Lassie, 1995) is the only one worth mentioning.

In 2002 he starred in Russian mini-TV series as general