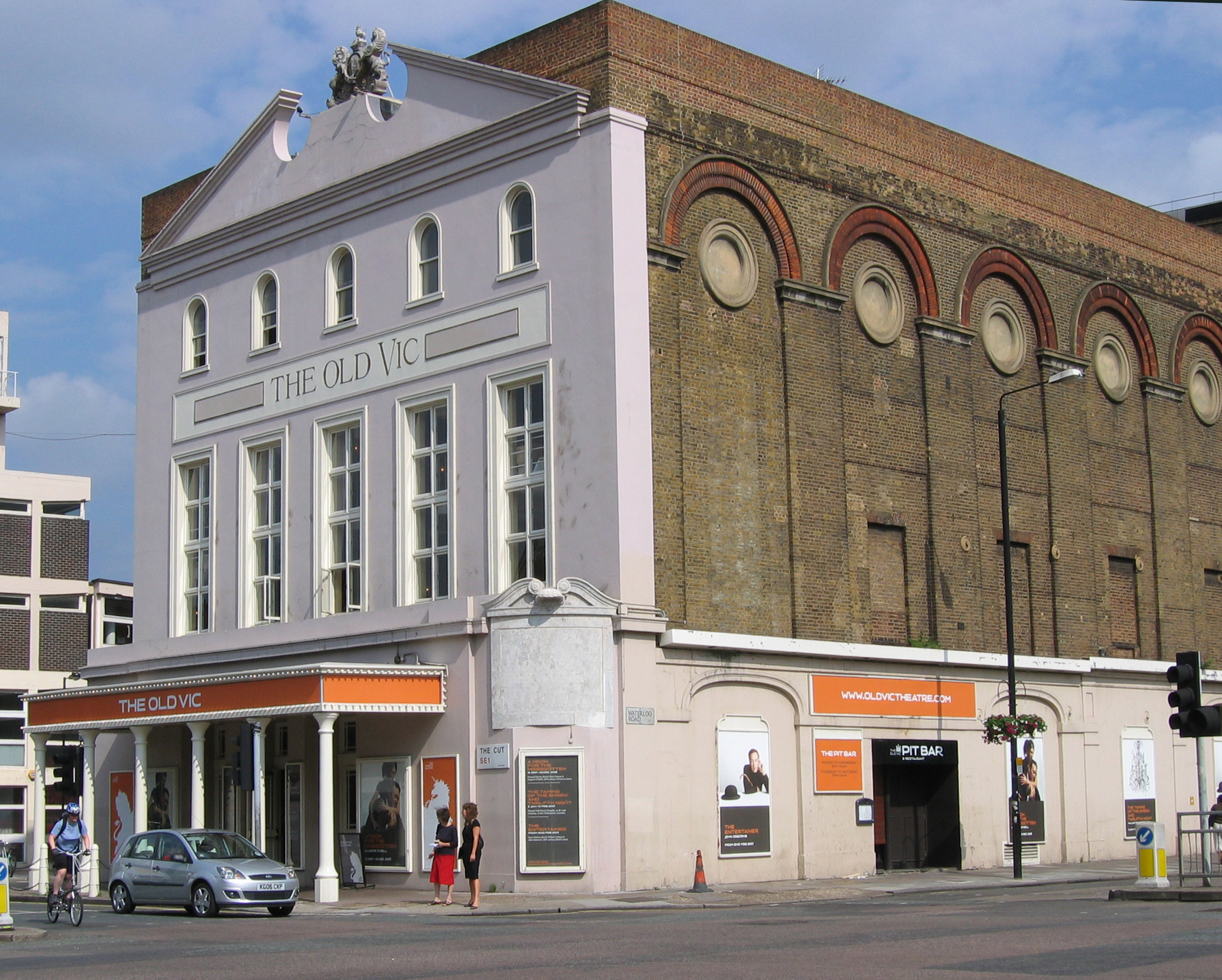 It was also the name of a company that was based at the theatre. The company formed the core of the on its formation in 1963, under . The National Theatre remained at the Old Vic until new premises were constructed on the , opening in 1976.

The theatre was founded in 1818 by James King and Daniel Dunn (formerly managers of the in ), and Thomas Serres, then Marine painter to the King who managed to secure the formal patronage of Princess Charlotte and her husband Prince Leopold of Saxe-Coburg naming the theatre the "Royal Coburg Theatre". The theatre was a "minor" theatre (as opposed to one of the two s) and was thus technically forbidden to show serious drama. Nevertheless, when the theatre passed to William Bolwell Davidge in 1824 he succeeded in bringing legendary actor south of the river to play six Shakespeare plays in six nights. The theatre's role in bringing high art to the masses was confirmed when Kean addressed the audience during his curtain call saying "I have never acted to such a set of ignorant, unmitigated brutes as I see before me." When Davidge left to take over the in 1833 it was bought by Daniel Egerton and William Abbott who tried to capitalise on the abolition of the legal distinction between patent and minor theatres and also in 1833 the theatre was renamed the "Royal Victorian Theatre" after the heir to the throne Princess Victoria. In 1880, under the ownership of , it became "The Royal Victoria Hall And Coffee Tavern" and was run on "strict temperance lines"; by this time it was already known as the "Old Vic" [ [http://www.british-history.ac.uk/report.asp?compid=47035 'The Royal Victoria Hall - "The Old Vic"', Survey of London: volume 23: Lambeth: South Bank and Vauxhall (1951), pp. 37-9] accessed: 28 April 2007.] . The "penny lectures" given in the hall led to the foundation of [An endowment from the estate of Samuel Morley led to the creation of the "Morley Memorial College for Working Men and Women" on the premises", these were shared and lectures were given back stage, and in the theatre dressing rooms.] , an college, that moved to its own premises nearby, in the 1920s.

With Emma Cons's death in 1912 the theatre passed to her niece , who emphasized the an repertoire. The "Old Vic Company" was established in 1929, led by Sir John Gielgud. Between 1925 and 1931, championed the re-building of the then-derelict Theatre, and established a company under the direction of . For a few years the drama and ballet companies rotated between the two theatres, with the ballet becoming permanently based at Sadler's Wells in 1935.

The Old Vic was improved greatly during , and the war-depleted company spent all its time touring, based in Burnley, Lancashire at the Victoria Theatre during the years 1940 to 1943. In 1944, the company was re-established in London with and as its stars, performing mainly at the New Theatre (now the Noël Coward Theatre) until the Old Vic was ready to re-open in 1950. In 1946, an offshoot of the company was established in as the .

In 1963, the Old Vic company was dissolved and the new National Theatre Company, under the artistic direction of Lord Olivier, was based at the Old Vic until its own building was opened on the near in 1976.

In July 1974 the Old Vic presented a rock concert for the first time. National Theatre director Sir Peter Hall arranged for the progressive folk-rock band Gryphon to première "Midnight Mushrumps", the fantasia inspired by Hall's own 1974 Old Vic production of "" starring for which Gryphon had supplied the music.

After the departure of the NT, the Old Vic continued as a home for classic and new drama, and was significantly restored under the ownership of Toronto department-store entrepreneur 'Honest Ed' Mirvish during the 1980s. In 1998, the building was bought by a new charitable trust, "The Old Vic Theatre Trust 2000". In 2000, the production company Criterion Productions was renamed "Old Vic Productions plc", though relatively few of its productions are at the Old Vic theatre.

In 2003, was appointed as new artistic director of the "Old Vic Theatre Company" receiving considerable media attention. Spacey said he wanted to inject new life into the British industry, and bring British and American theatrical talent to the stage. He appears in one or two shows per season, and performs some directorial duties on other shows.