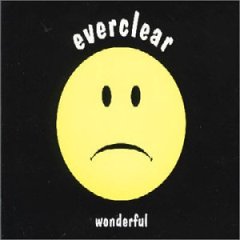 "Wonderful" is a song by the band Everclear, released as the first single from their 2000 album "", reaching #11 on the .

Wonderful has been featured in several TV series including the Scrubs episode , the Jericho episode Why We Fight and the episode "Wonderful" from Mysterious Ways. It has also been featured in the movies , , and .