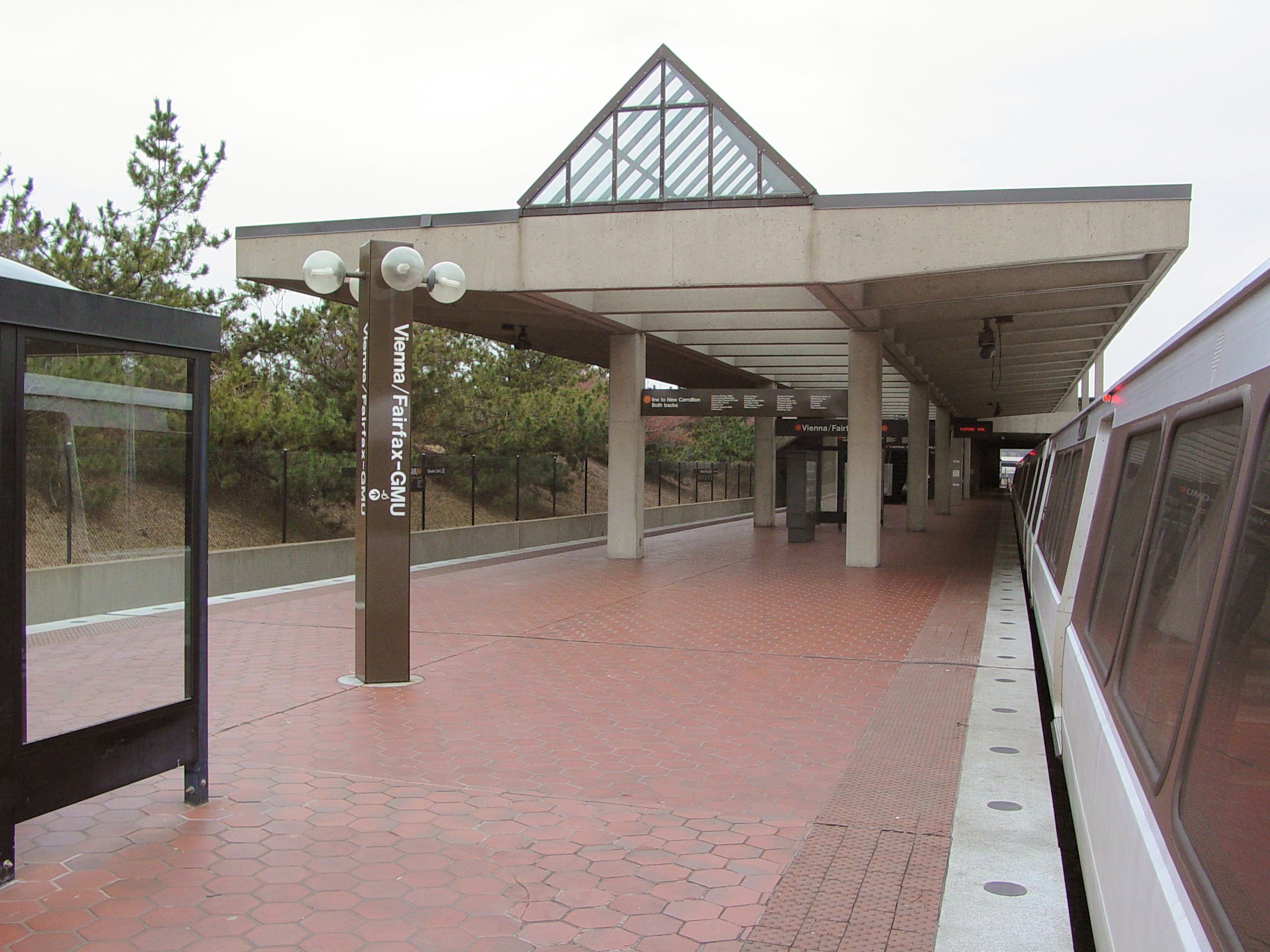 Vienna/Fairfax-GMU is a station in Fairfax County, on the Orange Line. This is the western terminus of the Orange Line. Service began on , . The station was originally named Vienna, but was renamed in 1999.

The station is physically located in Oakton, though the station's official address is in Fairfax, in the median of at Nutley Street. The station can be accessed from I-66 without merging onto Nutley Street via a series of ramps that transport commuters directly to the station's parking complexes. It provides easy access to the nearby Town of Vienna, the City of Fairfax, and the main campus of .

This is also a major station for commuters from the western suburbs of . The station is serviced by , buses, and CUE buses. There are 5,849 parking spaces across two garages and three other lots that support "park and ride" commuters.

In line with high-density development, the Fairlee Metro-West project aims to increase the housing density around the Vienna/Fairfax-GMU station from 60 single family homes to 2,250 s and s. This development has been controversial, as many Orange Line commuters believe the system will be pushed beyond capacity at rush hours as a result.