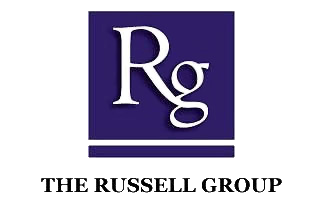 The Russell Group is a collaboration of twenty UK universities that receive two-thirds of universities' research grant and contract funding in the United Kingdom. [ [http://www.russellgroup.ac.uk Russell Group: Home ] ] It was established in to represent their interests to the Government, Parliament and other similar bodies. It is sometimes referred to as the British equivalent of the of the . [ [http://education.guardian.co.uk/higher/news/story/0,9830,852052,00.html Can an Ivy League work here? | higher news | EducationGuardian.co.uk ] ] The Russell Group contains many of the United Kingdom's leading universities with 18 of its 20 members in the top 20 in terms of research fundingFact|date=February 2007. Nineteen smaller research universities formed the in response. Critics of the Russell Group have suggested that the high priority placed on research ratings has led to a lowering of teaching quality.Fact|date=June 2008

The Russell Group states that its objectives are to:

* lead the UK's research effort;
* maximise income for its member institutions;
* attract the best staff and students to those institutions;
* create the regulatory environment in which it can achieve these objectives by reducing government interference; and
* identify ways to co-operate in order to exploit the universities' collaborative advantage.

It works towards these objectives by lobbying the UK Government and Parliament; by commissioning reports, research and ; and by creating a forum in which the universities can discuss issues of common concern and identify ways to work together.

The group is chaired by Professor , President and Provost of . Dr was appointed in January 2007 as Director General. Formerly, she worked as Deputy Director in the Prime Minister’s Strategy Unit and as former head of education at the Institute of Public Policy Research (IPPR). [ [http://education.guardian.co.uk/higher/profile/story/0,,1946846,00.html Wendy Piatt: The vice-chancellors' new velvet glove | Higher | EducationGuardian.co.uk ] ]

The group's Director of Research is Libby Aston a former advisor to the Select Committee for Education and Skills, specialising in higher education policy. She has also worked at the Higher Education Funding Council for England from 2000 and at the Higher Education Policy Institute from its establishment in 2003 as their Senior Researcher. [ [http://www.russellgroup.ac.uk/contacts/libby-aston.html Russell Group: Libby Aston ] ]

The Russell Group is so named because the first informal meetings of the Group took place at the Russell Hotel in , , generally shortly before meetings of (formerly known as "Committee of Vice Chancellors and Principals", or "CVCP") in .

It should be noted that the research funding figures depend on factors other than the quality of research, in particular there are variations due to institutional size and subject spread (i.e. science, technology and medicine tend to attract more money).

The Russell Group has been prominent in recent years in the debate over the introduction of tuition fees, a measure which it has strongly supported - much to the dismay of the universities' . Indeed, members of the Group argued that even the fees proposed by the controversial Higher Education Bill would not be sufficient to cover the rising cost of undergraduate teaching, and successfully argued for the right to charge variable fees at much higher rates, so-called .Fact|date=February 2007

In response to the Russell Group's support for tuition fees (and other issues), the students' unions of the member universities formed the as a parallel organisation to represent the common interests of their students.