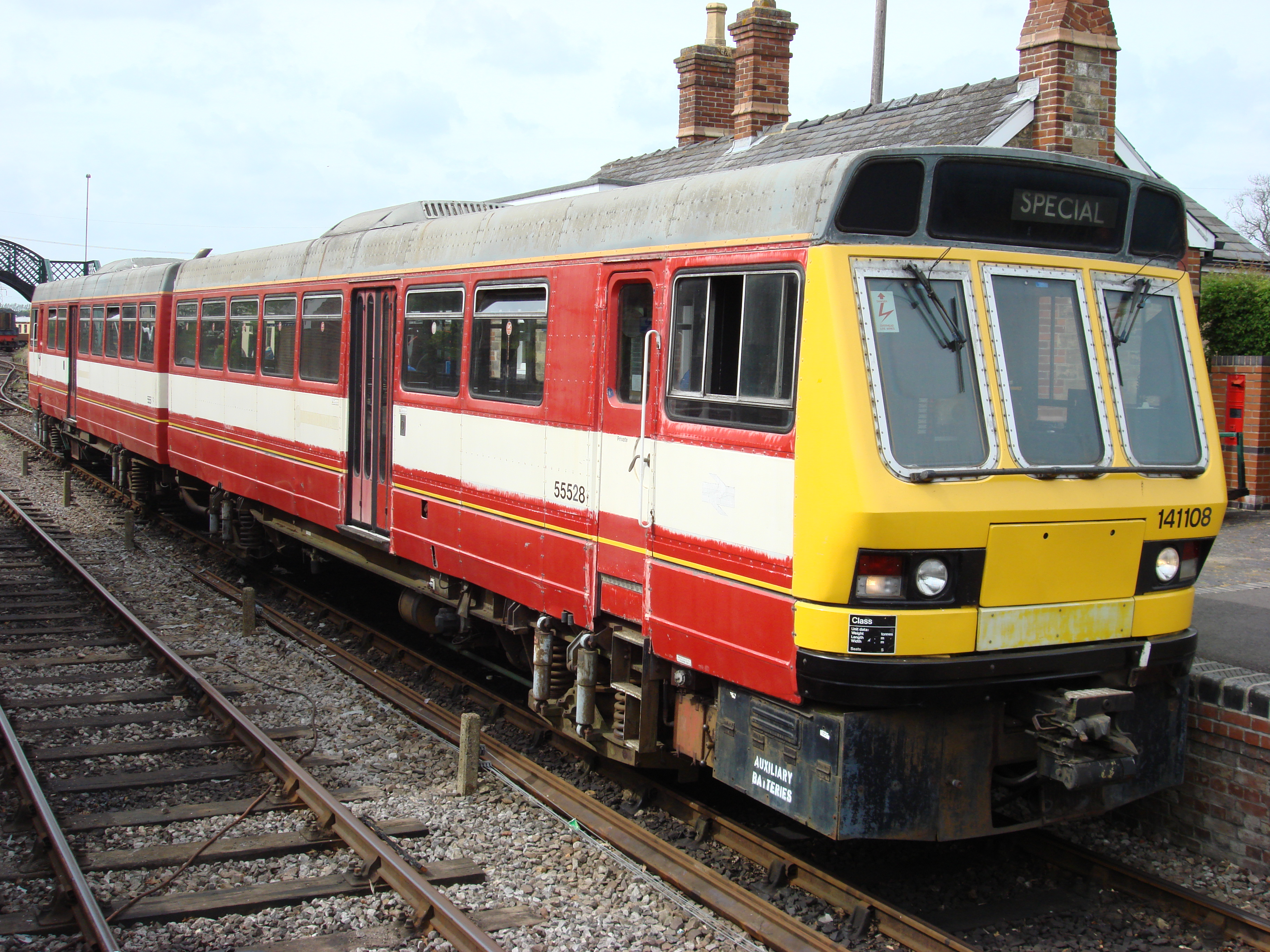 The Class 141 was the first production model of the Pacer .

Twenty units were built by Leyland, constructed mainly from bus parts, in 1984. The units were notoriously unreliable, but reliability improved when the units were modified by between 1988 and 1989.

The driving axles (one per coach at the inner end) were fitted directly to the chassis rather than being mounted on , leading to a rather rough ride especially over pointwork, and because of this the units were generally less popular with passengers.

The trains were based mainly in and across on routes radiating from , where they worked up until 1997 when they were replaced by Class 142s. They were sponsored by , and were initially painted in the PTE's Verona green and buttermilk livery with "MetroTrain" branding, later receiving the red and cream "METRO-TRAIN" livery.

The units were numbered from 141001 to 141020. After modification they became 141101 to 141120, although not in order, since the opportunity was taken to match the final digits of the unit numbers with those of the vehicle numbers.

Most members of the class were sold to . [citeweb|url=http://www.msedv.at/rai/rolling.html|title=Rolling Stock of Iranian Railways] However, some trains did remain in the . Two units are operational in preservation, 141113 at the which has recently been refurbished and painted into an authentic red and cream WYPTE livery, and 141103 at the . 141110 is also at the Weardale Railway, but is not in operational condition. 141108 is preserved on the Colne Valley Railway.

Unit number 141118 was modified for use as a weedkilling unit by Serco. It was among the units later exported to Iran.