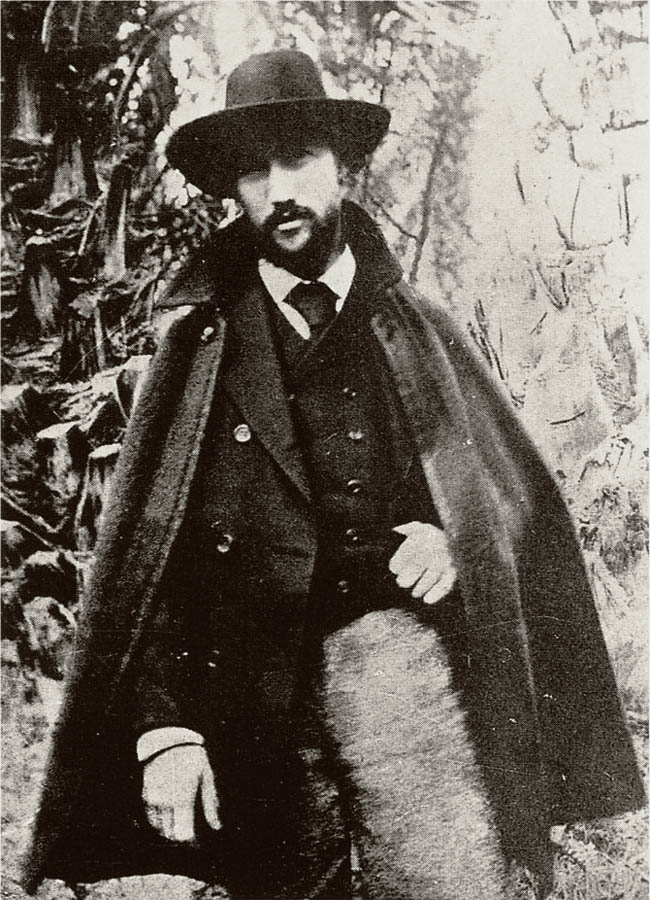 André Paul Guillaume Gide (IPA-fr|ɑ̃dʁe pɔl ɡijom ʒid) (, —, ) was a French and winner of the in literature in 1947. Gide's career ranged from its beginnings in the symbolist movement, to the advent of anticolonialism between the two .

Known for his as well as his autobiographical works, Gide exposes to public view the conflict and eventual reconciliation between the two sides of his personality, split apart by a strait-laced education and a narrow social moralism. Gide's work can be seen as an investigation of freedom and empowerment in the face of moralistic and puritan constraints, and gravitates around his continuous effort to achieve intellectual honesty. His self-exploratory texts reflect his search of how to be fully oneself, even to the point of owning one's sexual nature, without at the same time betraying one's values. His political activity is informed by the same ethos, as suggested by his repudiation of after his 1936 voyage to the .

Gide was born in , France on , , in a middle-class Protestant family. His father was a Paris University professor of law and died in 1880. His uncle was the political economist .

Gide was brought up in isolated conditions in and became a prolific writer at an early age, publishing his first novel, "The Notebooks of Andre Walter" (French: "Les Cahiers d'André Walter"), in 1891.

In 1893 and 1894 Gide traveled in northern . Gide realized he was homosexual after an encounter with a boy prostitute in North Africa. [If It Die: Autobiographical Memoir by Andre Gide (first edition 1920) (Vintage Books 1935 translated by Dorothy Bussy: "but when Ali - that was my little guide's name - led me up among the sandhills, in spite of the fatigue of walking in the sand, I followed him; we soon reached a kind of funnel or crater, the rim of which was just high enough to command the surrounding country". . ."As soon as we got there, Ali flung the coat and rug down on the sloping sand; he flung himself down too, and stretched on his back". . ."I was not such a simpleton as to misunderstand his invitation". . ."I seized the hand he held out to me and tumbled him on to the ground." [p.251] ] He befriended in Paris, and in 1895 Gide and Wilde met in Algiers. There, Wilde had the impression that he had introduced Gide to homosexuality, but, in fact, Gide had already discovered this on his own. [Out of the past, Gay and Lesbian History from 1869 to the present (Miller 1995:87)] [If It Die: Autobiographical Memoir by Andre Gide (first edition 1920) (Vintage Books 1935 translated by Dorothy Bussy: "I should say that if Wilde had begun to discover the secrets of his life to me, he knew nothing as yet of mine; I had taken care to give him no hint of them, either by deed or word." . . ."No doubt, since my adventure at Sousse, there was not much left for the Adversary to do to complete his victory over me; but Wilde did not know this, nor that I was vanquished beforehand or, if you will". . ."that I had already triumphed in my imagination and my thoughts over all my scruples." [p.286] )]

In 1895, after his mother's death, he married his Madeleine Rondeaux but the marriage remained unconsummated. In 1896, he became mayor of , a commune in .

In 1901, Gide rented the property Maderia in St. Brelade's Bay and lived here when he was residing in . This period 1901-07 is commonly seen as a period of apathy and disquiet in his life.

In 1908, Gide helped found the literary magazine "" ("The New French Review") [ [http://nobelprize.org/nobel_prizes/literature/laureates/1947/gide-bio.html Nobel Prize Biography] ] . In 1916, , 16, became his lover. He was the son of Elie Allegret, best man at Gide's wedding. Of Allegret's five children, André Gide adopted Marc. The two eloped to London, in retribution for which his wife burned all his correspondence, "the best part of myself," as he was later to comment. In 1918, he met , who was his friend for over thirty years and who would translate many of his works into English.

In the 1920s, Gide became an inspiration for writers like and . In 1923, he published a book on ; however, when he defended homosexuality in the public edition of "Corydon" (1924) he received widespread condemnation. He later considered this his most important work.

In 1923, he conceived a daughter, Catherine, with Elisabeth van Rysselberghe, a much younger woman, who was the daughter of his closest woman friend Maria Monnom, the wife of the Belgian neo-impressionist painter . This would cause the only crisis in the long-standing and intense friendship between the two men. Gide had known Elisabeth since childhood. This was possibly his only sexual liaison with a woman and was brief in the extreme, but Catherine became his only descendant by blood. He liked to call Elisabeth "La Dame Blanche" (French: the White Lady). She eventually left her husband to move to Paris and manage the practical aspects of Gide's life (she had adjoining apartments built for each of them on the rue Vavin). She worshipped him, but evidently they never had a sexual relationship. Gide's legal wife Madeleine died in 1938. Later he used the background of his unconsummated marriage in his novel "Et Nunc Manet in Te."

From July 1926 to May 1927, he travelled through the with his lover . He went successively to (now the ), (now the ), briefly to and then to before returning to France. He related his peregrinations in a journal called "" (French: "Voyage au Congo") and "Return from Chad" (French: "Retour du Tchad"). In this published journal, he criticized the behavior of French business interests in the Congo and inspired reform. In particular, he strongly criticized the "Large Concessions" regime (French: "régime des Grandes Concessions"), i.e. a regime according to which part of the colony was conceded to French companies and where these companies could exploit all of the area's s, in particular . He related for instance how natives were forced to leave their village during several weeks to collect rubber in the forest, and went as far as comparing their exploitation to . The book had important influence on movements in France and helped re-evaluate the impact of colonialism. [ [http://www.lire.fr/critique.asp/idC=31184/idR=219/idTC=3/idG=2 Voyage au Congo suivi du Retour du Tchad] , in "", July-August 1995 fr icon ]

During the 1930s, he briefly became a communist, or more precisely, a (he never formally joined the Communist Party). As a distinguished writer sympathizing with the cause of communism, he was invited to tour the as a guest of the Soviet Union of Writers. The tour disillusioned him and he subsequently became quite critical of the idealogy. This criticism of communism caused him to lose socialist friends, especially when he made a clean break with it in "Retour de L'U.R.S.S." in 1936. He was also a contributor to "".