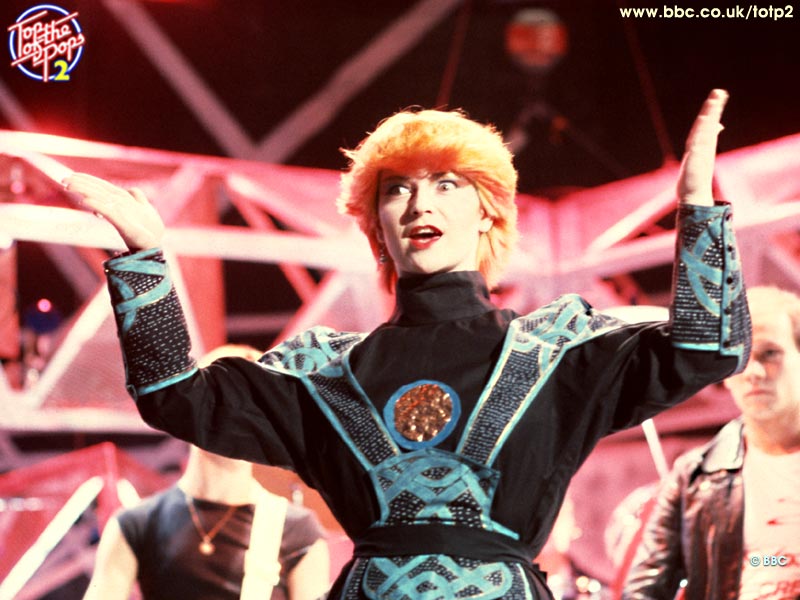 Toyah is the name of the band fronted by between and . The only other consistent band member throughout this period was , Willcox's principal co-writer and guitarist.

The band began life in June 1977, and played their first gig without a name or a bass player. After several minor line-up changes, and a brief period called "Ninth Illusion" before recording any music whatsoever, the band began to record early demos in Toyah's converted warehouse Mayhem - which comprised offices, recording and rehearsal rooms for many young bands on the London scene at that point, including the Toyah band themselves, who quickly took their name from their unusual vocalist and figurehead.

Early demos recorded during included songs called "Mother", "Hunger Hill", "Eyes", "Computers", "Gaoler", "Waiting", "Danced", "Neon Womb", "Problem Child", "Little Boy" and "Israel", several of which would make it onto the band's early releases, and several others would emerge on the later rarities compilation "Mayhem" in .

The band soon signed to indie label Safari, and their debut single was released in July . Entitled "Victims Of The Riddle", it featured following band line-up:

Their next release was an extended 33 rpm EP [Marketed as an "Alternate Play" record by their label Safari Records] entitled "", and was released in August 1979. The band followed this up with another non-album single, "Bird In Flight"/"Tribal Look", and their full-length debut "".

Following Willcox's appearance as punk musician "Toola" in an episode of the UK TV series "", ATV [ATV was a division of ] filmed the band during this period, both off-stage and on. The result was a hit documentary watched by 10 million viewers, propelling Toyah into the mainstream, and the live album "".

The line-up changed in , with only Willcox and Bogen remaining for the band's next set of releases. They were joined by on bass, on drums and on keyboards, and released the hit EP "", the lead-track from which is a cover called "Its A Mystery" - originally recorded by Sheep Farming's producer Keith Hale and his band "Blood Donor". The song was a major success, and subsequent promotion pushed the EP to #4 in the UK singles charts.

The album it is taken from, the aptly titled "Anthem", reached #2 that same year, and also featured the anthemic smash hit "I Want To Be Free", which charted highly in the UK (#8), Ireland (#10) and South Africa (#10). Two more hit singles appeared - "Thunder In The Mountains" featuring an impressively over-the-top video from , and the "Four More From Toyah" EP, with its lead track "Good Morning Universe". This introduced on drums, who had replaced (who had left to join Saxon).

The band were now a mainstream success across the UK and much of Europe, but hopes of another massive success were not on the minds of Willcox and Bogen, as they went into the studio to record the follow up to "Anthem". Now seeing Adrian Lee's keyboard duties taken over by newcomer Simon Darlow and Joel Bogen, the band recorded a much darker gothic album entitled "The Changeling". The album was still a success, as was lead single "Brave New World", but neither reached the heights of their predecessors, and a follow up single announced as "Dawn Chorus" never materialised - a new track, "Be Proud, Be Loud (Be Heard)" emerging instead. The album was followed by a highly successful tour, captured for posterity on the double live album "". The live line-up added Keith Hale on keyboards, and the album shows a truly stunning live act at their peak.

End of an era

The final Toyah album, "", followed in 1983, and again saw another line-up change, with only Willcox, Bogen and Darlow remaining. Phillips had been replaced by Andy Duncan, and Spalding shared bass duties with Brad Lang: both Phillips and Spalding had moved on to work with . Singles from the album, however, failed to set the charts alight, and the band's final single, "The Vow", peaked only at #50.

Willcox and Bogen parted ways the following year - the pair writing several songs which never reached the recording studio, and Bogen co-writing one song for Toyah's debut solo album "Minx" in 1985. Toyah herself had left Safari at this point, after being signed to off-shoot Portrait as a solo artist. As a parting gift to the band's fans, Safari raided their archives and released the rarities compilation "Mayhem" - featuring demos and unreleased songs - however, this was done without Toyah's consent or knowledge - she found out about the album by spotting it on import in a record store in America.

Glockler joined Saxon where he stayed for many years. Phillips was already an extremely in-demand session musician when he joined Toyah and remains so. Phil Spalding became one of the most sought-after session bassists in the world.

There were discussions regarding a Toyah band reunion in the late '90s/early 2000s. For whatever reasons, it never got off the ground.

Toyah Willcox's first attempt at going solo was a drastic change of style - the album "Minx", released in 1985, was worlds apart from the angry, opinionated, strong-willed woman who had made her name with ferocious new-wave punk songs. This was pop of the highest order, with Toyah employing songwriting teams and stylists to give her a polished new look and style in an attempt to crack America. It failed, and was Toyah's last charting album. As her albums progressed, she became more and more experimental, later collaborating on several records with her husband, . Her last album to date was the 6-track project "Velvet Lined Shell", which many saw as a return to her punk roots.

Toyah Willcox's solo career [though always released under the name Toyah] was dramatically different to the music she made with Joel Bogen and company, though she often revisits songs from this era, including re-recordings spread across three different albums from the mid 1990s. Her recent live sets have been almost entirely made up of Toyah band songs, with only a smattering of later solo tracks and cover versions.