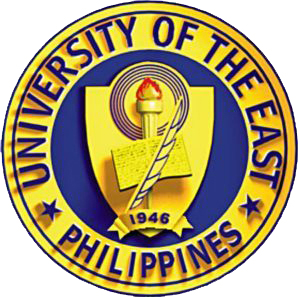 The UE Red Warriors is the varsity team of the in the . Their juniors team is the Pages, while the women's team is the Amazons.

The Red Warriors is currently tied with the as the second winningest team in UAAP history, with 18 titles, most of them coming from the time of and coach .

The University of the East was the host of the 69th season of the , the eighth time for UE to host the UAAP. UE’s latest UAAP hosting stint coincided with UE's 60th Foundation Anniversary, its Diamond Jubilee.

UE’s sports teams scored several victories prior to the start of the new UAAP season. These include the individual victories of UE athletes in the 23rd Southeast Asian Games, which in turn contributed to the country’s overall championship in last December’s SEA Games. UE athletes earned several medals, including eight gold ones bagged by seven athletes in men’s gymnastics, women’s athletics, men’s fencing, women’s boxing and softball.

Leading UE’s achievements in the 68th UAAP season’s seniors division were the respective championships of its men’s and women’s fencing teams. The fifth UAAP championship for the men’s team, the first for the women’s team.

In the same season, UE earned the overall championship in the juniors division for the first time, thanks to the first place finishes of its chess team, boys’ and girls’ volleyball teams, table tennis team, and girls’ swimming team. UE high school student and chess prodigy Nelson Mariano III even won the juniors division’s Athlete of the Year award, his second consecutive time to earn the title.

The 69th season of the UAAP opened at the Big Dome in Cubao on Saturday, July 8, 2006, with opening ceremonies was led by UE P.E. Director and UAAP President Luz S. Sta. Ana. That year’s UAAP theme was “Achieving Excellence in Sports through Unity, Harmony and Commitment.” The production began with an opening number by the UE Dance Troup followed by the presentation of the UAAP colors representing the member schools. Pep squads of member schools also made their performances.

In extending their abiding support to their alma mater, former UE Red Warriors and Philippine basketball legends graced the ceremonies led by former Senator Robert, “the Big J” Jaworski, who also gave his short message to the athletes. Other former players includes “The Triggerman” , , and .

The men's basketball team is currently tied with the as the second winningest team in UAAP history, with 18 titles, most of them coming from the time of and coach Baby Dalupan.Fact|date=October 2008The Red Warriors holds the longest senior basketball championship run with seven straight UAAP titles. They also hold the longest finals streak appearances, with sixteen straight from 1957 to 1972.Fact|date=October 2008

* - “The Maestro”, Coach of the Red Warriors that gave them seven straight UAAP senior basketball titles, the longest championship streak in the UAAP. Grandslam coach in the
*Filomeno Pumaren
*Roehl Nadurata- The mentor of the great UE's Basketball players of the late 80's
*Boyzie Zamar - Former RP Team coach and Indonesian coach
*Francis Rodriguez
*Jaime Mariano
*Dindo Pumaren - UAAP Season 67 to present. Pumaren was hired in 2004 as the head coach of the Red Warriors, with the task of assuming the reins of the team after the stewardship of coach Boyzie Zamar and the loss of Paul Artadi and UAAP MVP to the pros. Pumaren led the Warriors to 8-6 win-loss record for the fourth spot of final four, but was eliminated by the .

In Season 68, Pumaren led the rookie-laden team of Warriors to a 10-4 record that tied the and , but was eliminated again by the FEU Tamaraws.

In Season 69, he led the Warriors again for another final four run with a record of 8-4, finishing under second spot of the elimination round. The Warriors were eliminated again armed with a twice to beat advantage against UST.

In Season 70, the Red Warriors achieved a record 14 - 0 sweep of the elimination round but lost in the finals series against the . Pumaren had his finest season as a coach in the UAAP.

The Red Warriors completed a rare 14 - 0 sweep the elimination round. They won with an average winning margin above 16 points.Fact|date=October 2008

Aside from surpassing the 9 - 0 start of the 1986 UE squad bannered by , the Warriors clinched a finals berth and matching the 14 - 0 record accomplished 14 years ago by the , which automatically claimed them the 1993 title.

UE's last Finals appearance was in 1990. The Red Warriors fell to the in their best-of-three Finals series in a score of 73-64 on Game 2, October 7 at the Big Dome.