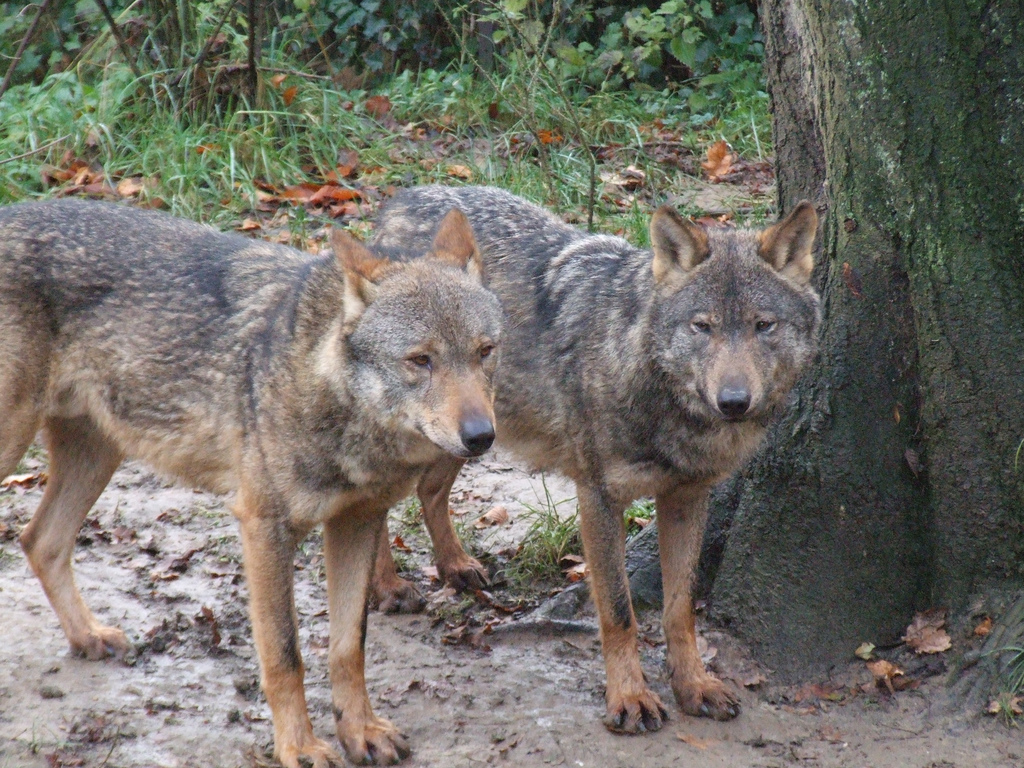 The Iberian wolf ("Canis lupus signatus") is a of that inhabits the forest and plains of northern and northwestern .

The Iberian wolf differs from the more common with its thinner build, the white marks on the upper lips, the dark marks on the tail and a pair of dark marks in its front legs that give it its subspecies name, "signatus" ("marked"). The subspecies differentiation may have developed at the end of the s due to the isolation of the when barriers grew in the and eventually reached the in the West and the in the East.

Males can weigh up to 40 kilograms, with females usually weighing 10 kg less. [ [http://www.signatus.org/docs/situation.pdf The wolf in Spain ] ]

The Iberian Wolf lives in small packs. It is considered to be beneficial because it keeps the population of stable, thus allowing some respite to the endangered populations which suffers greatly from boar predation [ [http://www.iberianature.com/material/Wolves_boars_capercaillie.htm Wolves, boars and capercaillie ] ] . It also eats s, roe deer, red deer, ibexes and even small s and . In some places it eats s such as and calves.

Until 1900s the Iberian Wolf inhabited the major part of the Iberian Peninsula. However, the Government started an extermination campaign during the 1950s and 1960s that wiped out the animals from all except the NW part of the country and some isolated areas in . Similar politics in almost led to the of the animal south of the river (there are still some surviving packs) [ [http://www.naturlink.pt/canais/Artigo.asp?iArtigo=2153&iLingua=1 Naturlink ] ] . Luckily, some Spanish naturalists and conservationists like called for the end of the hunting and the protection of the animal. Today, the hunting of wolves is banned in Portugal, but allowed in some parts of Spain but not others. Overall, the Iberian Wolf is expanding to the South and East. There are reports of wolves returning to the Basque Country and to the provinces of and Guadalajara. A male wolf was found recently in , where the last native wolf was killed in 1929. However, this animal was not a member of the Iberian subspecies, but (surprisingly) an ("Canis lupus italicus"). It reached the region from , probably from a reintroduced pack.

Some authors claims that the South-Eastern Spanish Wolf, last sighted in in the 1930s, was a different subspecies called "Canis lupus deitanus". It was an even smaller and more reddish in color, without dark spots. Both subspecies were nominated by Ángel Cabrera in 1907.