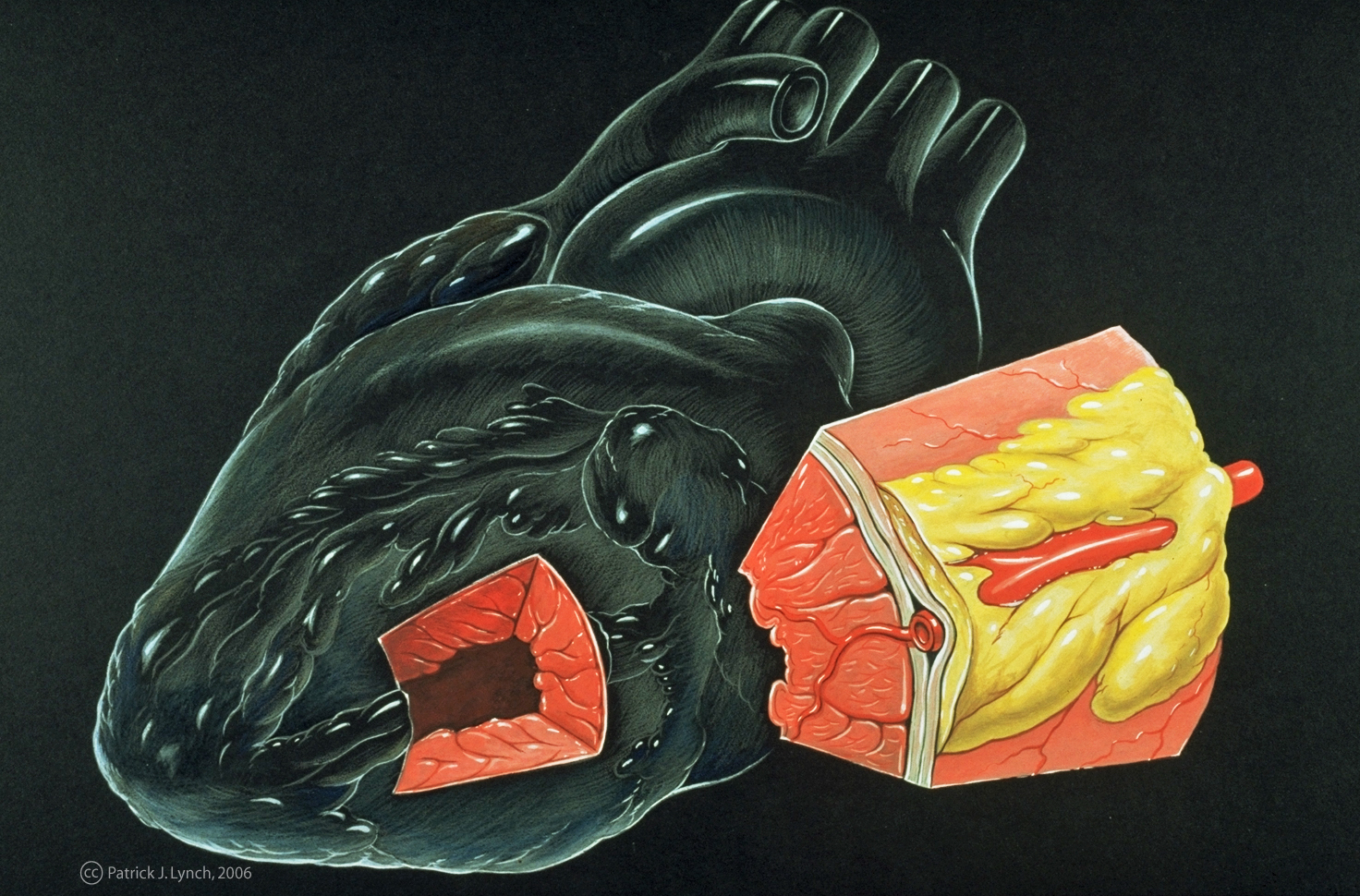 Myocardium is the muscular tissue of the .

Relationship to other layers

The other tissues of the heart are:
* the (inner lining, effectively a specialized )
* the (a layer around the heart with a serous surface. It may be considered as the inner (visceral) layer of the )

The myocardium is composed of specialized cells with an ability not possessed by muscle tissue elsewhere in the body. Cardiac muscle, like other muscles, can contract, but it can also carry an (i.e. conduct electricity), like the that constitute s. Furthermore, some of the cells have the ability to generate an action potential, known as .

Occlusion of the coronary arteries by and/or can lead to .

Certain viruses lead to of the myocardium, or .

are inherent diseases of the myocardium, many of which are caused by genetic mutations.

Failure of the heart to contract properly (for various reasons) is often termed although the proper term for this condition is myocardial failure. is a general term referring to overwhelming heart disease from many causes (e.g., myocardial failure, valvular heart disease, increased ventricular stiffness) resulting in the inability of the heart to maintain normal ventricular filling pressure (resulting in , , , ) and/or reduced blood flow to the body either at rest or during exercise. Myocardial failure resulting in heart failure results in a shortened and decreased .

, is when the Myocardium tissue fails to compact as the human embryo develops.

1. Ischemic myocardial disease is well described and is amenable to vessel bypass, , applied and many other interventions.

a. is perhaps the best known physiologic model for accelerated ischemic disease of the myocardium.