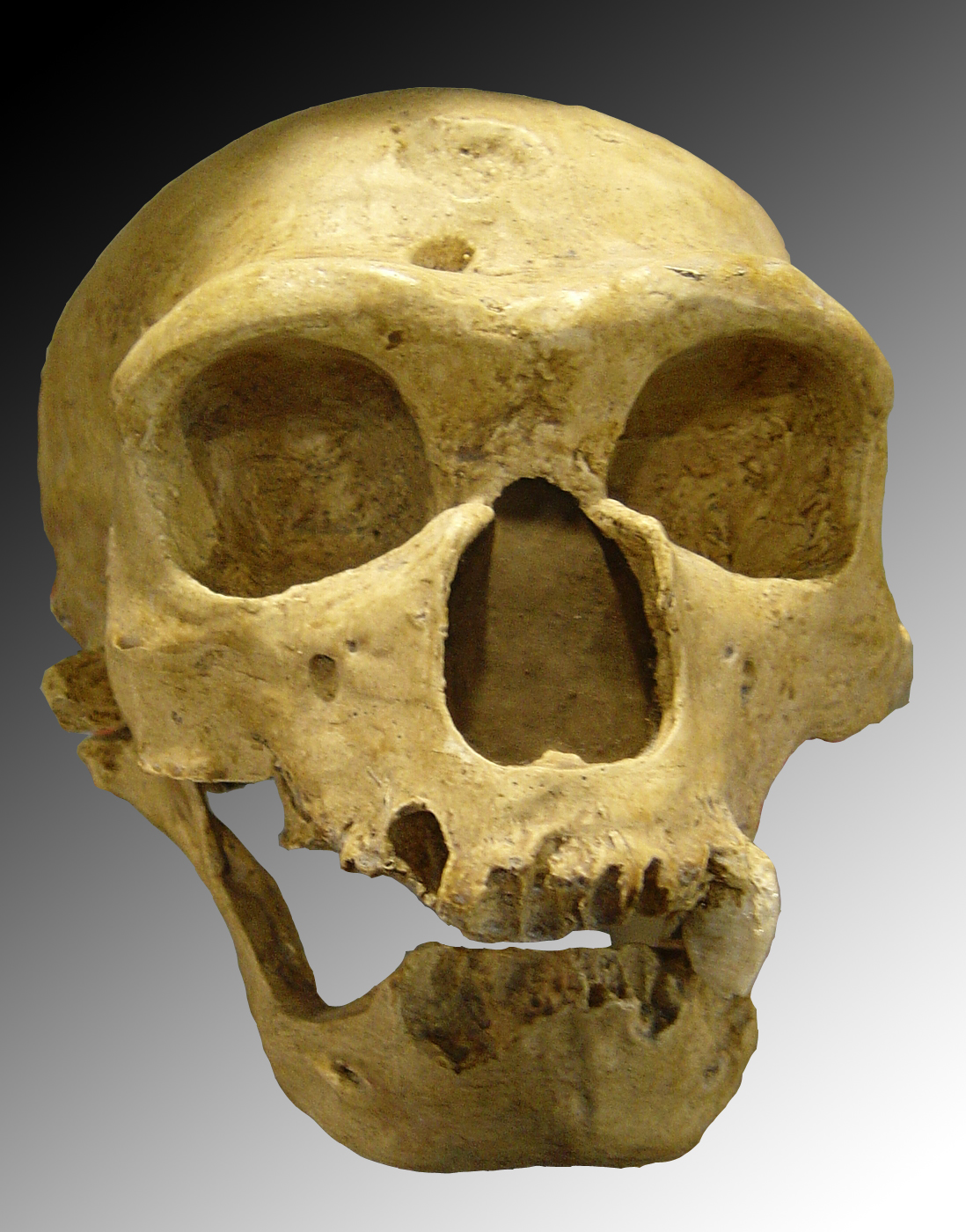 "Homo" is the that includes modern humans and their close relatives. The genus is estimated to be about 2.5 million years old, evolving from ancestors with the appearance of "". Appearance of "Homo" coincides with the first evidence of s (the industry), and thus by definition with the beginning of the .

All species except "" (modern humans) are extinct. "", traditionally considered the last surviving relative, died out 24,000 years ago while a recent discovery suggests that another species, "," may have lived as recently as 12,000 years ago.

A minority of zoologists consider that the two species of s (usually treated in the genus "Pan"), and maybe the s (usually treated in the genus "Gorilla") should also be included in the genus based on genetic similarities. Most scientists argue that chimpanzees and gorillas have too many anatomical differences between themselves and humans to be part of "Homo". Given the large number of morphological similarities exhibited, "Homo" is closely related to several extinct hominin genera, most notably "", "" and "". As of|2007, no is universally accepted as the origin of the radiation of "Homo".

The word "homo" is for "man", in the original sense of "human being", or "person". The word "" itself is from Latin "humanus", an adjective cognate to "homo", both thought to derive from a Proto-Indo-European word reconstructed as"PIE|*dhǵhem-" "earth" [ [http://www.bartleby.com/61/roots/IE104.html dhghem] The American Heritage® Dictionary of the English Language: Fourth Edition. 2000.] . Cf. Hebrew "adam", meaning "human", cognate to "adamah", meaning "ground". (And cf. Latin "humus", meaning "soil".)