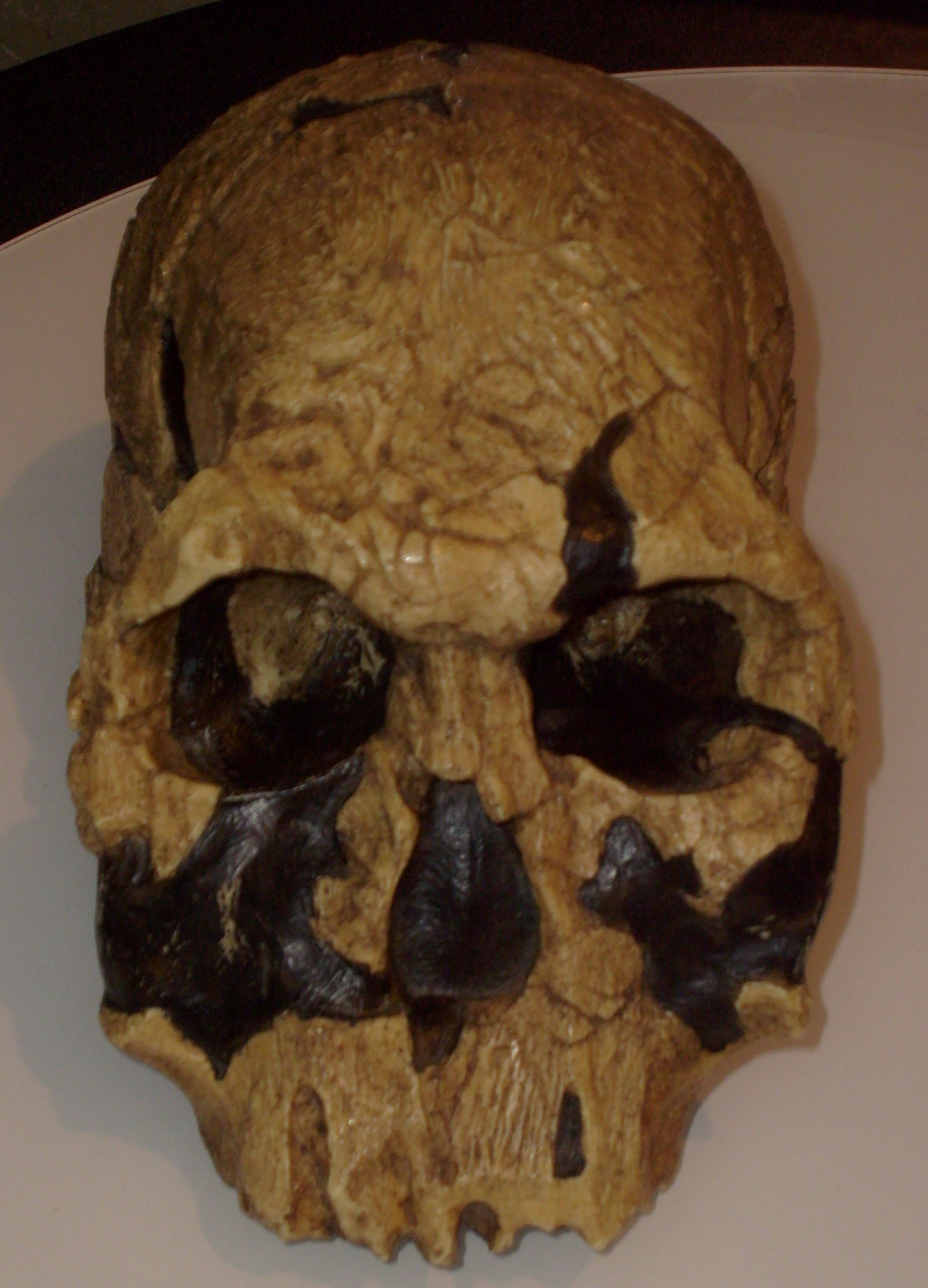 Originally thought to be a member of the species "", the fossil was the center of much debate concerning its species. Assigned initially to "Homo habilis", the skull was at first incorrectly dated at nearly three million years old. This estimate, however, caused much confusion: the date would have made the skull older than any known , from which "Homo habilis" is thought to have descended.The differences in this skull, when compared to others of the "Homo habilis" species, are too pronounced, leading to the presumption of a "Homo rudolfensis" species, contemporary with "Homo habilis". It is not certain if "H. rudolfensis" was ancestral to the later species in "Homo", or if "H. habilis" was, or if some third species yet to be discovered was.

As in the case of "H. habilis", there is large amount of controversy about the classification of "H. rudolfensis" into the "Homo" genus. Although no reliably associated postcranial remains have been discovered for "H. rudolfensis", it is thought that — like "H. habilis" — "H. rudolfensis" lacked many of the features unique to later (that is, creatures that include humans and their ancestors), such as slim hips for walking long distances, a sophisticated sweating system, narrow birth canal, legs longer than arms, noticeable whites in the eyes, smaller hairs resulting in naked appearance and exposed skins, etc.Fact|date=February 2007

In March 2007, a team led by Timothy Bromage, an anthropologist at New York University, reconstructed the skull of KNM-ER 1470. The new construction looks very ape-like and the cranial capacity based on the new construction is downsized from 752 cubic centimeters to about 526 cm³. Bromage said his team’s reconstruction includes biological principles not known at the time of the skull’s discovery, which state that a mammal’s eyes, ears and mouth must be in precise relationships relative to one another. [cite web | author = Than, Ker | date = | url = http://www.livescience.com/humanbiology/070329_rudolf_reconstruct.html | title = Controversial Human Ancestor Gets Major Facelift | work = [http://www.livescience.com/ LiveScience] | accessdate = 2007-04-28]