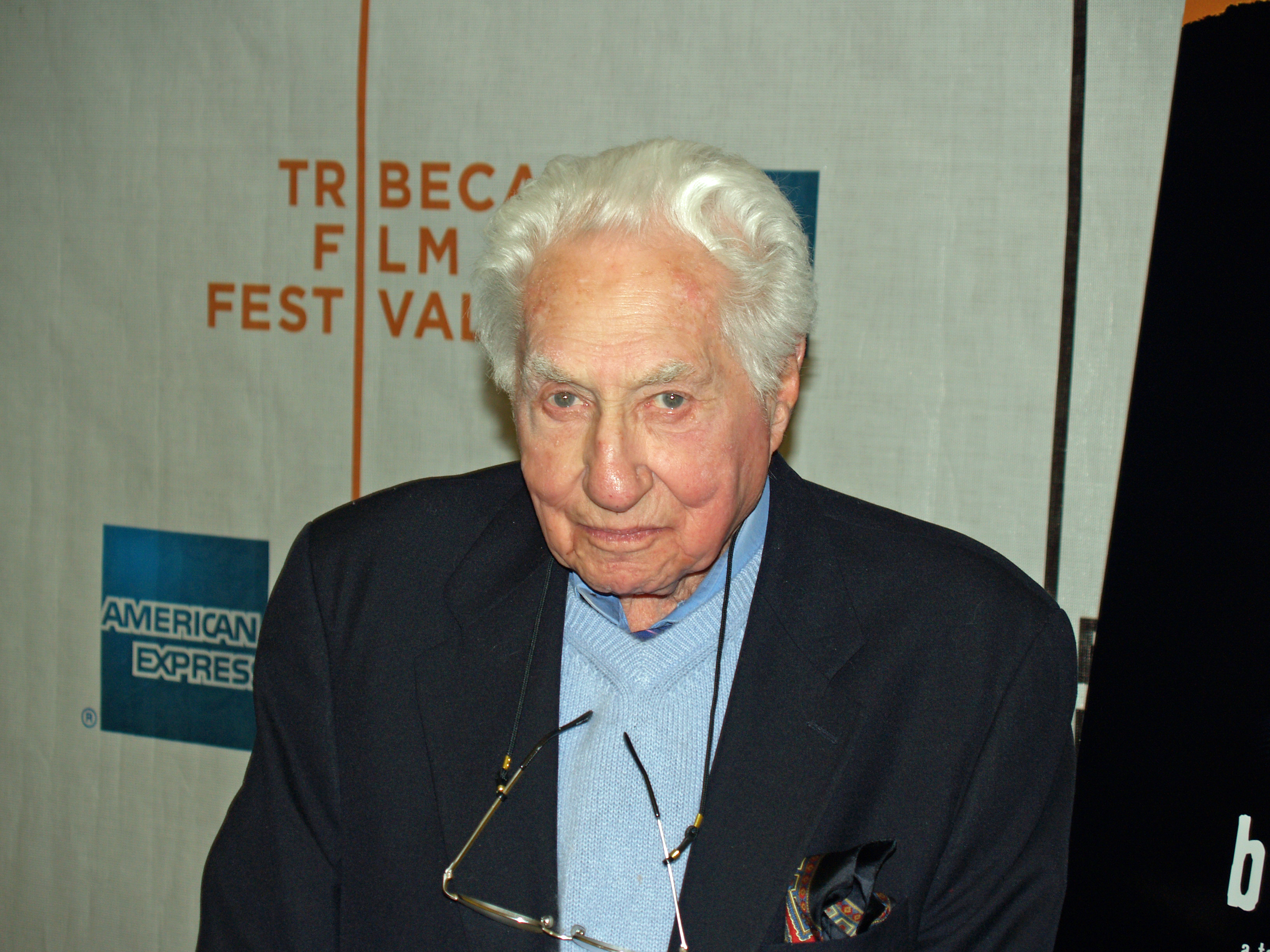 Born Seymour Wilson Schulberg, he was "royalty", the son of , head of and Adeline Jafee-Schulberg, sister to agent/film producer Sam Jaffe. Budd Schulberg is best known for his 1941 novel, "", his 1947 novel "", his 1954 Academy-award-winning screenplay for "", and his 1957 screenplay "".

Schulberg attended and then went on to , where he was actively involved in the "" humor magazine. In 1939 he collaborated on the screenplay for "", a light comedy set at Dartmouth. One of his collaborators was , who was fired because of his alcoholic binge during a visit with Schulberg to Dartmouth. [ [http://query.nytimes.com/gst/fullpage.html?res=9806E1D7173BF934A35751C0A9659C8B63&sec=&spon=&pagewanted=all "The New York Times"] "Lost Weekend: F. Scott and Budd Go to Dartmouth," February 7, 2003] awarded Schulberg an honorary degree in 1960.

While serving in the Navy during , Schulberg was assigned to the (OSS), working with 's documentary unit. Following , he was among the first American servicemen to liberate the Nazi-run . [ [http://www.laweekly.com/columns/a-considerable-town/a-face-in-the-in-crowd/13933/ "LA Weekly"] , "A Face in the Crowd," July 5, 2006] He was involved in gathering evidence against for the , an assignment that included arresting documentary film maker at her chalet in , Austria, ostensibly to have her identify the faces of Nazi war criminals in German film footage captured by the Allied troops. [ [http://www.washingtonpost.com/wp-dyn/content/article/2005/11/28/AR2005112802026.html "The Washington Post"] , "Art of Justice: The Filmmakers At Nuremberg," November 29, 2005]

In 1950 Schulberg published a novel, "", about a young screenwriter who collaborates on a screenplay about a college winter festival with a famous novelist at the nadir of his career. The novelist (who at the time was assumed by reviewers to be a thinly disguised portrait of Fitzgerald, dead ten years earlier) is portrayed as a tragic and flawed figure, with whom the young screenwriter becomes disillusioned. According to the , it was the tenth bestselling novel in the United States in 1950. "" was adapted as a Broadway play in 1958 starring (who won a for his performance) and as the character loosely based on Schulberg. Also in 1958, he wrote and co-produced (with his younger brother Stuart) the film "", directed by Nicholas Ray.

Schulberg encountered political controversy in 1951 when screenwriter Richard Collins, testifying to the , named Schulberg as a former member of the Communist Party. [Joyce, Gare (2004) "Why Budd Schulberg is Unrepentant." Walrus Magazine. [http://www.walrusmagazine.com/article.pl?sid=04/04/27/191234] ] Schulberg immediately volunteered to testify and appeared as a friendly witness. He testified that Party members had sought to influence the content of "What Makes Sammy Run" and "named names" of other alleged Hollywood communists. [Trussell, C. P. (1951) "Schulberg Tells of Red Dictation: Move To Control His Writing Cause Him to Leave Party, Novelist Says in Inquiry," The New York Times, , , p. 16. Schulberg "testified voluntarily before [HUAC] today that he became a Communist during the late Nineteen Thirties but quit the party when it tried to dictate what he should write." He named John Howard Lawson, one of the , as trying to pressure him to write under part guidance, and "named names" of , , , , , , writers; , director; and , agent.]

In 1965, after a devastating riot had ripped apart the fabric of the Watts community in , Schulberg formed the as an attempt to ameliorate frustrations and bring artistic training to the economically impoverished district.

He is married to his fourth wife, Betsey, and has two children, Benn and Jessica. He resides in , . His niece Sandra Schulberg was an executive producer of the nominated film "", among other movies.

* [http://zakka.dk/euroscreenwriters/interviews/budd_schulberg_533.htm Interview with Schulberg from 1998] about 'On the Waterfront'
*
*imdb name| id=0775977 | name=Budd Schulberg
* [http://www.fordham.edu/Campus_Resources/Public_Affairs/Inside_Fordham/Inside_Fordham_Archi/May_2003/News/The_Priest_Who_Made__11100.asp The Priest Who Made Budd Schulberg Run: "On the Waterfront" and Jesuit Social Action, Inside Fordham Online, May 2003]