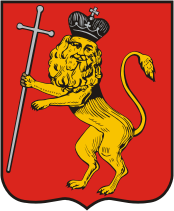 The area occupied by the city of Vladimir has been inhabited by humans (at least intermittently) for approximately 25,000 yearsFact|date=August 2008. Traditionally, the founding date of Vladimir has been acknowledged as 1108, as the first mention of Vladimir in the appears under that year. This view attributes the founding of the city, and its name, to , who inherited the region as part of the Rostov-Suzdal in the 1093. In 1958, the 850th anniversary of the city foundation was celebrated, with many monuments from the celebrations adorning the city squares.

In the 1990s, a new opinion developed that the city is older than this. Scholars reinterpreted certain passages in the , which mentions that the region was visited by Vladimir the Great, the "father" of Russian Orthodoxy, in 990, so as to move the city foundation date to that year. The defenders of the previously uncontested founding year of 1108 dispute the claims of those who support the new date, arguing that the new theory was fabricated in order to provide a reason to have a celebration in 1995.

The neighboring town of , for instance, was mentioned in 1024, and yet its 12th century inhabitants alluded to Vladimir as a young town and treated its rulers with arrogance. In the words of a major chronicle, they said that the people of Vladimir were "their s and scions". In the seniority conflicts of the 12th and early 13th centuries, Vladimir was repeatedly described as a "young town" compared to Suzdal and Rostov. The , the of the city passed in 2005, explicitly mentions 990 as the date of the city's foundation [http://www.vladimir-city.ru/city/info/ustav.pdf] .

Regardless of which founding date is most accurate, the city's most historically significant events occurred after the turn of the 12th century. Serving its original purpose as a defensive outpost for the Rostov-Suzdal principality, Vladimir had little political or military influence throughout the reign of Vladimir Monomakh (1113–1125), or his son ("long arms") (1154–1157).

It was only under Dolgoruky's son, Andrei Bogolyubsky (1157-1175), that it became the center of the principality. Thus began the city's Golden Age, which lasted until the in 1237. During this time Vladimir enjoyed immense growth and prosperity, and Andrei oversaw the building of the Golden Gates and the Cathedral of the Assumption. In 1164, Andrei even attempted to establish a new metropolitanate in Vladimir, separate from that of Kiev, but was rebuffed by the Patriarch of Constantinople. [Janet Martin, "Medieval Russia: 980-1584" (Cambridge: Cambridge UP, 1995), 100.]

Scores of Russian, German, and Georgian masons worked on Vladimir's white stone cathedrals, towers, and palaces. Unlike any other northern buildings, their exterior was elaborately carved with the high stone sculptures. Only three of these edifices stand today: the Assumption Cathedral, the , and the Golden Gate. During Andrei's reign, a royal palace in was built, as well as the world-famous , now considered one of the jewels of ancient . Andrei was assassinated at his palace at Bogolyubovo in 1175.

On , , Vladimir was besieged and taken by the - hordes under . A great fire destroyed 32 limestone buildings on the first day alone, while the grand prince and all his family perished in a church where they sought refuge from the fire. The bishop of Vladimir managed to escape.

After the Mongols, Vladimir never fully recovered, and even though the most important Rus prince (usually the Prince of Moscow, but sometimes of Tver or another principality) was styled the Grand Prince of Vladimir and was the tax--collector of the Golden Horde. From 1299 to 1325, the city was seat of the metropolitans of Kiev and All Rus, until Metropolitan Peter moved the see to Moscow. The Grand Prince of Vladimir were originally crowned in Vladimir's Assumption Cathedral, but when Moscow superseded Vladimir as the seat of the Grand Prince, the in the Moscow Kremlin, loosely copied by the Italian architect from Vladimir's original, became the site where the grand princes were crowned. Even after the rise of Moscow though, Muscovite grand princes built several new churches in Vladimir, notably the Annunciation church at Snovitsy (ca. 1501), three kilometers north-west of the city, and a charming church in the Knyaginin nunnery (ca. 1505), with murals dating to 1648.

Remains of the prince-saint were kept in the ancient Nativity abbey of Vladimir until 1703, when Peter the Great had them transferred to the Monastery (now Lavra) of Aleksandr Nevskyin St. Petersburg. The Nativity church itself (1191–1196) collapsed several years later, when they tried to make more windows in its walls, in an effort to brighten the interior.

Modern Vladimir is a part of the of the ancient Russian cities and a significant tourist center. Its three chief monuments, , inscribed by on the World Heritage List, are the following:
#The magnificent five-domed Assumption Cathedral was designed as a sepulcher of grand princes and dedicated to the holy icon , which had been brought to the city by Andrew the Pious. The cathedral was constructed in 1158–1160, expanded in 1185–1189, and painted by the great and in 1408. In 1810, they added a lofty bell-tower in Neoclassical style.

#The warrior-shaped cathedral of St. Demetrius was built in 1194–1197 as a private chapel of Vsevolod the Big Nest in the courtyard of his palace and was consecrated to his holy patron, St. Demetrius. For all its formal unity, the cathedral represents a truly international project of Russian and Byzantine masters, 's masons, and carvers sent by Queen .

#The Golden Gate, originally a tower over the city's main gate, was built in 1158–1164. The gate acquired its present form after having been grossly reconstructed in the late 18th century, to prevent the dilapidated structure from tumbling down.

Other remarkable monuments of pre-Mongol are scattered in the vicinity. For more information on them, see , , , and .