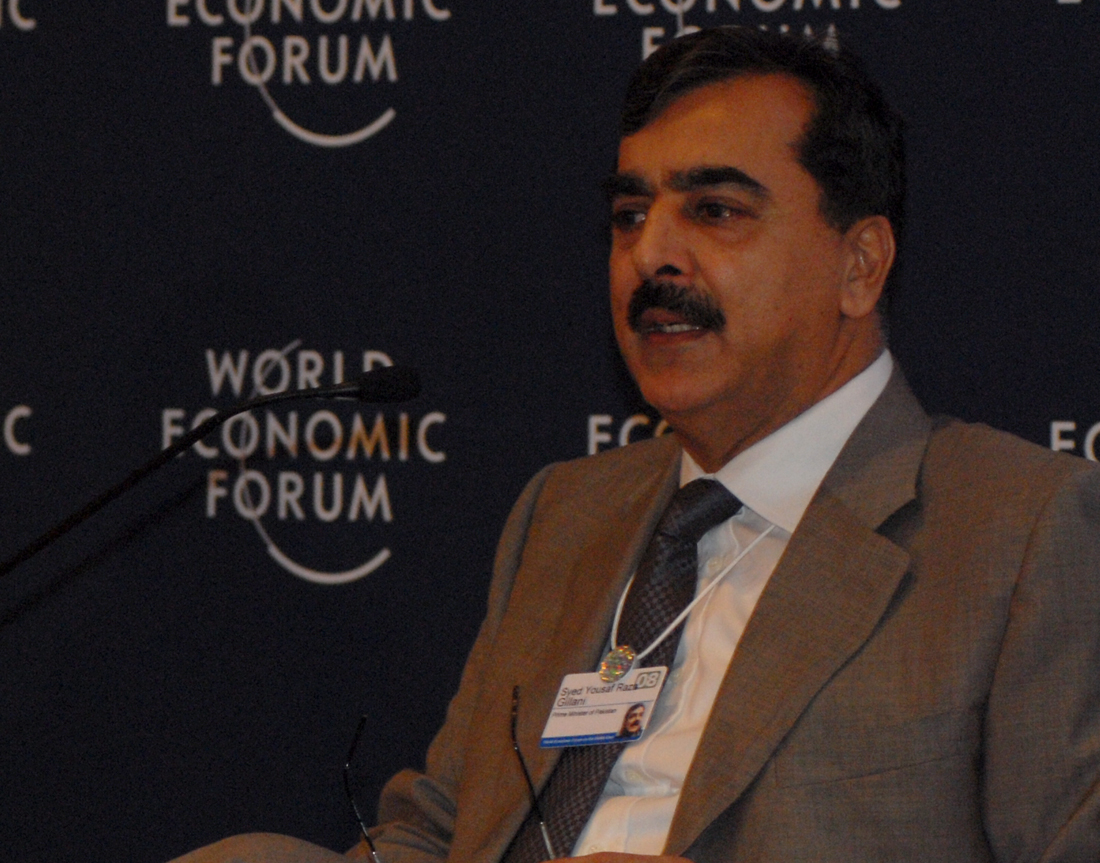 The Prime Minister of Pakistan, in Urdu وزیر اعظم Wazir-e- Azam meaning "Grand Minister", is the of .

In 1988, was elected as Prime Minister, becoming the first female head of government to be democratically elected in a Muslim country.

From 1990 onwards, the offices of President and Prime Minister would clash, with the President dissolving the National Assembly, and thus dismissing the Prime Minister a total of three times until 1996, with new elections each time. After the coup of Pervez Musharraf in 1999, Musharraf assumed the role of Chief Executive, and was the sole ruler of Pakistan. In October 2002, general elections were held, with no party gaining a majority of the or . A new Prime Minister was appointed after much political wrangling, of the , a pro-Musharraf political party.

Jamali resigned on June 26, 2004. Interim prime minister nominated the Finance minister, former Vice-President , to the post. Aziz was elected Prime Minister on August 28, 2004, by a vote of 191 to 151 in the National Assembly.

=List of Prime Ministers of Pakistan= "The head of state of Pakistan before 1956 was the British Monarch. For the Governors-General who represented them from 1947 to 1956, see ."