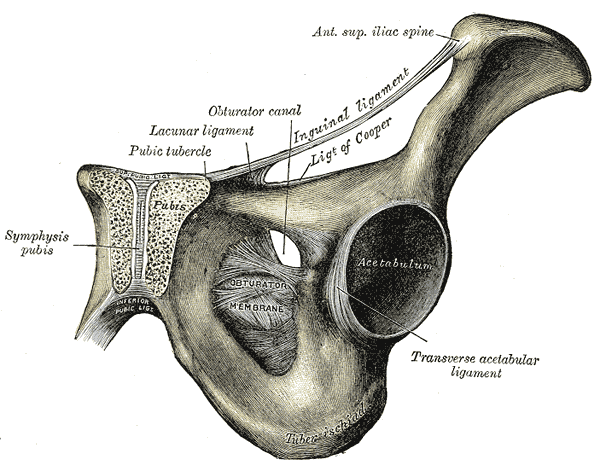 
Caption2 =
MeshName =
MeshNumber =
DorlandsPre = l_09
DorlandsSuf = 12492482
The lacunar Ligament (Gimbernat’s ligament) is that part of the of the which is reflected backward and lateralward, and is attached to the pectineal line of the pubis.

It is about 1.25 cm. long, larger in the male than in the female, almost horizontal in direction in the erect posture, and of a triangular form with the base directed lateralward.

Its "base" is concave, thin, and sharp, and forms the medial boundary of the . Its "apex" corresponds to the .

Its surfaces are directed upward and downward.