The music received mixed reviews; while some reviewers enjoyed the soundtrack and found it to be underrated, others felt it was only of middling quality. Several songs, especially "Dear Friends", remain popular today, and have been performed numerous times in orchestral concert series such as the "Dear Friends: Music from Final Fantasy" concert series, named after the "Final Fantasy V" song, and the series. Music from the soundtrack has also been published in arranged and compilation albums by Square as well as outside groups.

Uematsu had originally calculated that the game would require more than 100 pieces of music, but managed to reduce the number to 56. He has stated that he developed the ideas for the music by first reading through the script and creating the titles for all of the songs, then composing melodies to match the themes of the story and titles. 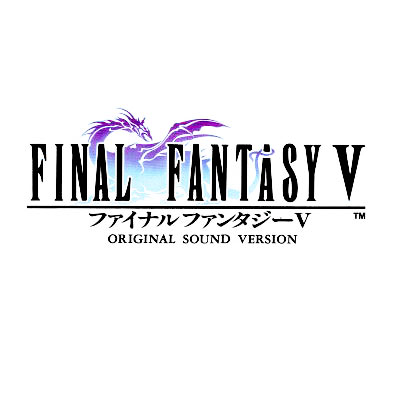 A single was released in 1992 titled "Final Fantasy V: 5+1", consisting of the "Opening Theme", "Main Theme of FINAL FANTASY V", "Harvest", "Dungeon", and "Battle 1" tracks from the soundtrack, as well as the previously unreleased "MATOUYA no doukutsu" ("Matoya's Cave") from "Final Fantasy". It was published by NTT Publishing and had a catalog number of "NO9D-012" and a length of 14:46. [cite web | title=Final Fantasy 5+1 | url=http://ffmusic.info/ff5_1.html | publisher=ffmusic.info | accessdate=2008-03-25] A single named "Final Fantasy V Mambo de Chocobo" was also released, containing the "Mambo de Chocobo" track from the game, as well as three unused tracks from the game and a compilation mix track. The single was released by NTT Publishing in 1993; it covered a duration of 16:14 and had a catalog number of "NO9D-016". [cite web | title=Final Fantasy Manbo de Chocobo | url=http://ffmusic.info/ff5manbo.html | publisher=ffmusic.info | accessdate=2008-04-05] Nine tracks from the soundtrack were included in a bonus CD titled "Music From FFV and FFVI Video Games" that shipped with on October 5, 1999, along with songs from "". [cite web | author=Gann, Patrick | title=Music From FFV and FFVI Video Games | url=http://rpgfan.com/soundtracks/ffanthcd/index.html | publisher= | accessdate=2008-03-25] The soundtrack was again released as part of the "Final Fantasy Finest Box" by Square Enix on March 28, 2007 under the catalog numbers "FFFB-0002-3" along with the OSTs of "Final Fantasy IV" and "Final Fantasy VI" after the game was ported to the .

Critical opinion of the soundtrack was mixed. Some reviewers, such as Ben Schweitzer of , found it to be of medium quality, saying it "suffer [ed] from occasional compositional problems" and was simply "in the middle" of the soundtracks of "Final Fantasy IV" and "Final Fantasy VI". Other reviewers disagreed, with Jason Strohmaier of Soundtrack Central finding it to be an underrated album, while Jeremy Althouse of Soundtrack Central felt that it was on par with Uematsu's other works. [cite web| author= Althouse, Jeremy; Strohmaier, Jason| url=http://www.soundtrackcentral.com/stc/reviews/ff5osv.htm| title=Final Fantasy V Original Sound Version| publisher=Soundtrack Central| accessdate=2008-03-26] Reviewers were also of mixed opinion about "Final Fantasy V Dear Friends"; finding it to be of fair quality, though Jason Strohmaier took issue with some of the synthesized instruments and Freddie W. of RPGFan concluded in his review that the album was "a mixed bag of moods, emotions, and ideas that would only appeal to those who loved Final Fantasy V." [cite web| author= Lau, Aaron; Strohmaier, Jason| url=http://www.soundtrackcentral.com/stc/reviews/ff5df.htm| title=Final Fantasy V Dear Friends| publisher=Soundtrack Central| accessdate=2008-03-26] "Piano Collections Final Fantasy V" was well received by reviewers such as Patrick Gann of RPGFan, who found it to be "amazing" and on par with, if not better than, the piano arrangements for the music of the other "Final Fantasy" games. He also enjoyed the artistic license taken with several of the songs, finding the album to be the most "abstract" of the "Piano Collections" series.