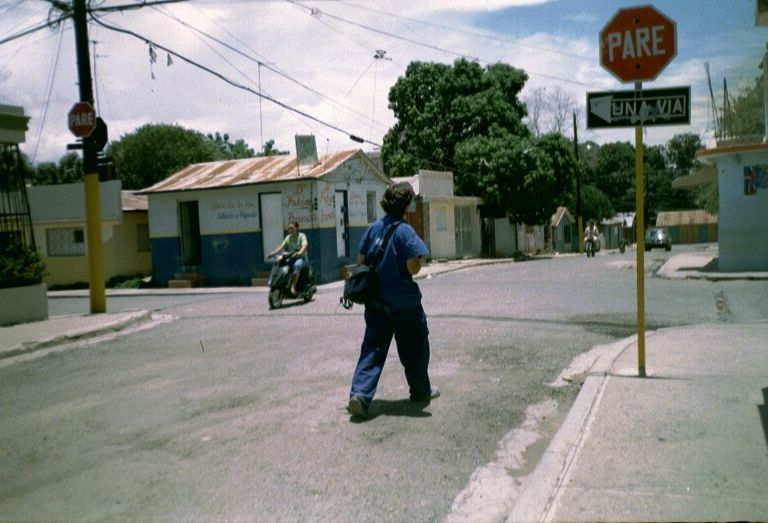 It is the largest city of the Dominican northwest and the centre of the region. Its name, a word, comes from the River Mao, near the city. Its is "Ciudad de los Bellos Atardeceres" (English, "City of the Beautiful Sunsets") because there are not mountains to the west of the city and it is common to see a "red" sky during the sunset; it is a very dry region and there are much dust in the air which gives the red color to the sky.

For most of its history, the region was called "El Despoblado"; that means a region without any population, because it is a very dry region and was not possible.

When the of the Spanish gave the order in 1606 that everybody living on the northern coast had to move inland, some people came to live around the present Mao. They had s that were raised in "hatos"; "hato" means a large for raising cattle (a ). And so "hato" is the name of many places around Mao: Hatico, Hato del Yaque, Hato Nuevo, Hato Viejo, Hato del Medio.

The town of Mao was built close to where the River Mao flows into the River Yaque del Norte. The first Catholic church was build in 1869.

Mao was made a "Puesto Cantonal" (an old category similar to the present Municipal District under a government). In 1882, Mao was elevated to the category of and in 1904 its official name was changed to "Valverde" after José Desiderio Valverde, past President of the Dominican Republic. Because the name Mao was known by everybody and Valverde was a new name, people called the city as "Valverde (Mao)", and it is still common to say so.

When the province was created in 1959, Mao was made its head municipality and provincial capital.

The main economic activity of the province is ; the main products in the municipality are , s and .