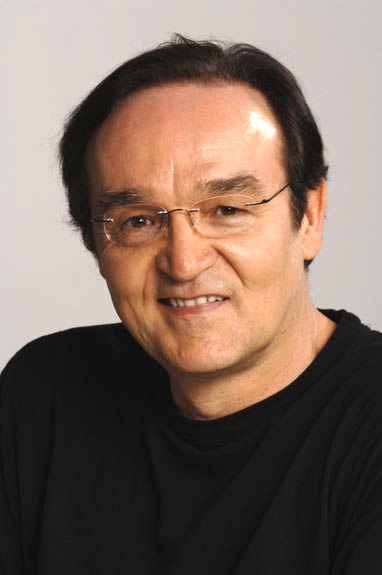 Richard Tylman (born , ) is a and painter. Born in , as Ryszard Tylman, he has lived in , , since 1982. Tylman received his Master's degree in Fine Arts from the .

Tylman was the first of two children of Edward Tylman, professor of engineering from the Krakow University of Technology, and Danuta Krupa, teacher of . Tylman co-founded a student literary newspaper called “Skarpa” where he debuted his poetry with an introduction by the of ("PWST"), and soon after, won the "Grand Owl" Poetry Award sponsored by the of Kraków. He received a Masters degree in Painting from the Academy of Fine Arts ("ASP") and was chosen to represent Krakow at the national juried exhibition of paintings by the most prominent young professional artists.

Tylman left Poland in 1981 and settled in Vancouver, where he pursued a career in . He became a Canadian citizen in 1985.

While in Canada, Tylman continued writing poetry, articles and essays in Polish throughout the 1980s and early 1990s, publishing a volume of poetry called "Koty marcowe" ("The Felines of March") in in 2002. He began writing poetry in English nearly a decade after becoming a Canadian citizen, and has self-published several limited editions of verse in English and Polish, including "Imaginary Lovers", "Living Inside the Moving Landscape", "Privilege / Przywilej", "Wax Poetics" and "Selections From an Old Shoebox".

In his early teens, Tylman became the youngest member of the Plastic Arts’ Club for adults

In opposition to the then leading trend toward in the Academy, Tylman maintained his artistic interest in hyperrealist painting. [ [http://richardtylman.atspace.com/painting.html Gallery of paintings including Narrative by Richard Tylman.] ] He defended his Master's Thesis at the atelier of Prof. Andrzej Strumiłło in 1979. A year later, Tylman was chosen by the Association of the Polish Artists and Designers ("ZPAP") to represent Krakow in , at a national juried exhibition of “the most distinguishable individualities among painters of the new generation”.

While in Canada, Tylman pursued a career in commercial arts as an . His illustrations have appeared on billboards, bus shelters, the covers of several corporate and in brochures. His work has been featured in advertisements published in newspapers and magazines such as "Time",

Tylman was part of a team which received an Award of Excellence ( [http://richardtylman.atspace.com/graphex91.html pictured here] ) at the 1991 competition in the category of illustration series for a series of illustrations provided by Tylman and used in a promotional campaign. [The 1991 competition of the , , . [http://richardtylman.atspace.com/painting.html See: Narrative by Richard Tylman to Gallery of paintings] ]