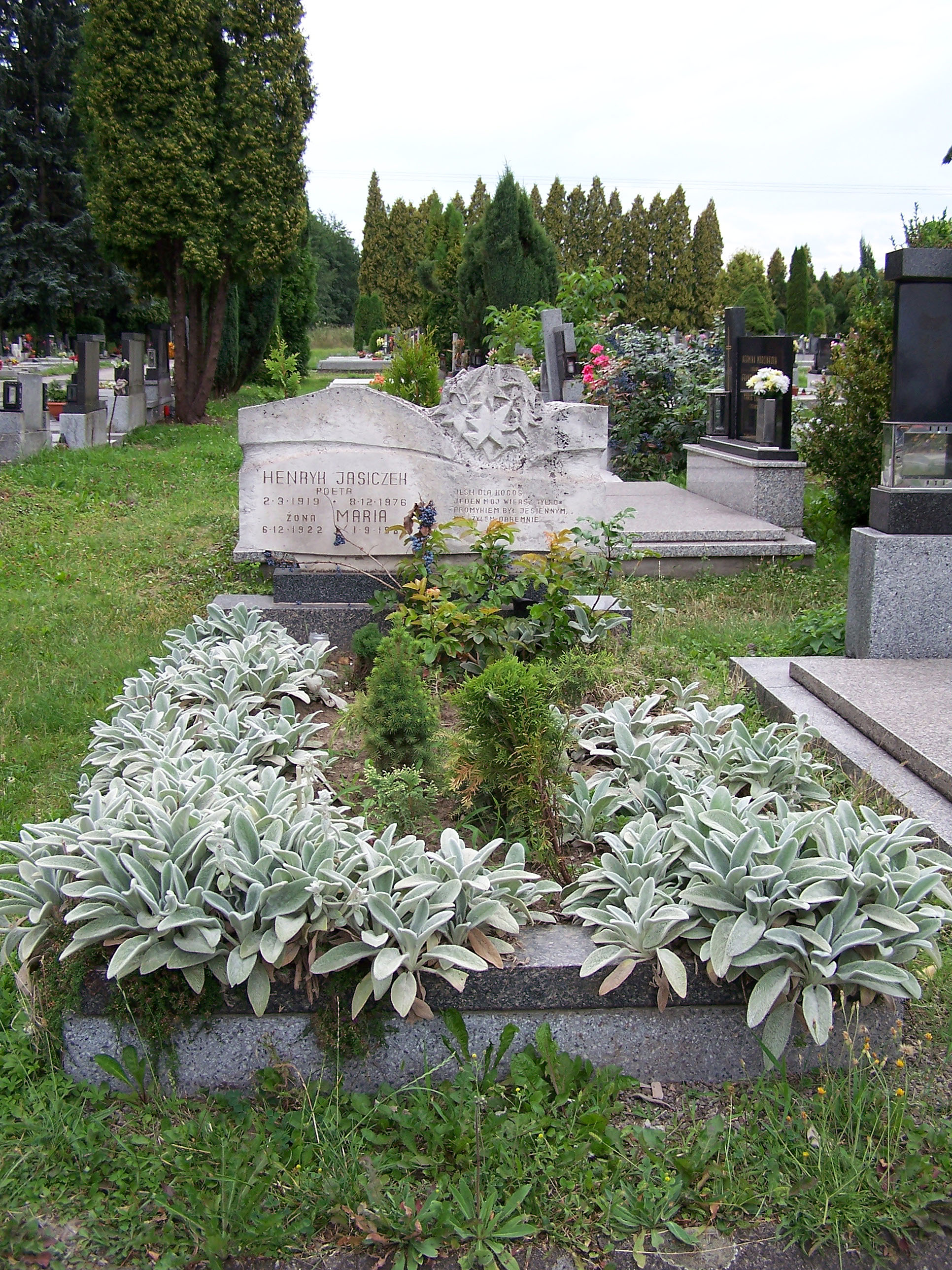 Henryk Jasiczek ( – ) was a Polish journalist, poet, writer, and activist from the region. He is considered one of the most important Polish writer from Zaolzie after and one of the most popular local Polish poets. [Sikora 1993, 25.]

Jasiczek was born in near , as an extramarital child. He spent his childhood in near . Since 1934 he studied in Trzyniec, where, as later remembered, witnessed the worst forms of labour exploitation of workers. In 1936 defended one apprentice who had been beaten by the supervisor and bashed the supervisor himself. [Sikora 2008, 3.] In consequence he left and finished horticultural studies in , only to work later for a gardener in . In 1938 he came back to Zaolzie but wasn't able to find a job. Since March 1939 Jasiczek worked in the as a worker.

During he was engaged in Polish leftist resistance, where he worked in the underground press and distributed illegal press. After the war he joined the and became editor-in-chief of "" newspaper. He remained in this position until 1957. Jasiczek graduated from a journalism department of the in in 1960. He contributed to Polish children magazines and to "", a Polish cultural and literary magazine. Jasiczek was also an active member of the , where he directed its Literary-Artistic Section (SLA) from 1945 to 1968.

During the , Jasiczek firmly supported the reformist wing of the Communist Party. His stances and their public manifestations led to his expulsion from public life in May 1970. Jasiczek spent the last years of his life in seclusion and was forced to work in the printing works as a proofreader. He died on in a hospital in (Czeski Cieszyn). Henryk Jasiczek was exonerated in 1990.

Right after World War II his poetry focused on social issues. Eventually Jasiczek concentrated on folk and natural motives of regional nature. His poetry is full of melancholy and appreciation of the natural beauties of his region, mostly the mountain ranges.

Jasiczek's adoration of natural beauties of his region, particularly the can be seen in following fragment from "Nie zdradzę" (I Will not Betray) poem from "Obuszkiem ciosane" (Cut with Cudgel) poetry collection:

Quote
: Mountain meadows, scented: with thyme, the Sun and the wild : strawberries, like an aged-old wine –: I come back to you always: with the passion of an expatriate. : Always, with a longing – my Beskids. : Rich in bread, steel, coal and the flowers: is my native land, and : in songs, reviving the spirit. : Only the shilly-shally and the weak : would deceive you, and : await happiness among strangers.|Henryk Jasiczek [Jasiczek 1955, 51.] (translated by )