All You Need Is Love (The JAMs song)

All You Need Is Love (The JAMs song)

Infobox Single |
Name = All You Need Is Love 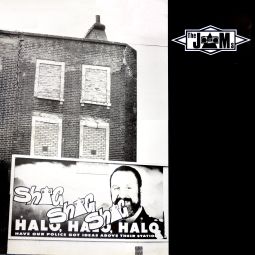 "All You Need Is Love" is a song by , independently released as their debut single on 9 March 1987. A politically topical song concerning the UK media's furore, the track was initially given a 12" white label release because of its plagiaristic sampling of other records.

The artistic attitude of "All You Need Is Love" epitomised that of The JAMs' subsequent recordings: plagiarising popular music by taking extensive samples of other artists' work, and juxtaposing these with each other, adding rhythms and 's Scottish-accented raps, poems and narrations. The JAMs' promotional tactics were similarly unconventional, including the use of promotional graffiti, a method which would be employed regularly by Drummond and Cauty throughout their career.

Initially, the song was released as a limited edition one-sided promotional 12", on 9 March 1987, by The JAMs' own label The Sound Of Mu(sic).

The JAMs re-edited the single in such a way that—they hoped—"brought [them] inside the "law" but still got up peoples noses", removing all but a snatch of The Beatles, replacing or doctoring the MC5 sample, and rerecording the Samantha Fox vocal.

The central theme of "All You Need Is Love" was the media coverage given to the crisis.

Between verses, the rhythm is punctuated by samples of former Samantha Fox ("Touch me, touch me, I want to feel your body"), as well as a sample "Ancients of Mu Mu" (by The JAMs' associate rapper Chike) which recurred throughout the next ten years' work of Drummond and Cauty. Also heard is a rendition by children of "", rhythmic panting, and an original female vocal line concerning infant mortality. "Sounds" magazine stated that the deliberate placement of Fox's sexually provocative "Touch Me" alongside "Ring a Ring O'Roses" ("the nursery rhyme about the Plague") "highlights explicitly the depth of contradiction embedded in society's attitude towards death through sex".

The original white label release of "All You Need Is Love" was made "single of the week" in "Sounds" magazine, who announced that The JAMs had "produced the first single to capture realistically the musical and social climate of 1987". Calling the result "a seething terror ridden pulp", "Sounds" elaborated: "How have [The JAMs] produced a record more powerful than Lydon/Bambaataa's "" without laying a finger on a synthesiser or guitar? THEFT! By stealing all the various beats, noises and sounds they've wanted, and building it into their own stunning audio collage, [The JAMs] are making a direct assault on the way records are put together."

"Underground" magazine were also enthusiastic: "This month I'm pleased to say, what's really moving is entirely British. The best groove so far this year is from [It was a common misconception early in The JAMs' career - before their identities were widely known - that they were a Scottish duo. In actuality, whilst Drummond is Scottish, is an Englishman.] and it shows and exactly how it "should" be done, a one-sided, one-track 12 inch (it doesn't need any dub or instrumentals). 'All You Need Is Love' by The Jamms is more than rife with a bit of The Beatles (with a dash of MC5 and Samantha Fox). It seems to be anti-AIDS, but as I know nothing about the band it could easily be a . Either way this is a superb jam, if you can find it, buy it (it's so dodgily constructed in legal terms that no distributor info is given)." ["Underground" Magazine, April 1987 ( [http://www.libraryofmu.org/display-resource.php?id=25 link] )]

In a July 1987 review of "1987 (What the Fuck Is Going On?)", "Q" Magazine recalled that the original release of "All You Need Is Love" "seemed an inspired moment of pure wildness. Here were Red beatbox rappers pointing a finger at society, putting their record together from samples pirated directly from other people's recordings, while at the same time crossing almost all contemporary music tribal boundaries by including everyone from Samantha Fox to The MC5 among their victims." This was contrasted with "1987" which the reviewer felt was a "disappointment" with "too few ideas being spread too thin". [Cranna, I. "" review, "", July (?) 1987 ( [http://www.libraryofmu.org/display-resource.php?id=479 link] ).]

The re-release of "All You Need Is Love" rewarded The JAMs with further praise, including "NME" "single of the week", in which Danny Kelly thought that "its maverick requisition of the hip-hop , its fanatical confrontation of copyright laws overrun by music's new technologies, its central subject matters and its termination with the year's most incisively searching question—'1987: what the f**k's going on?'—combine to make 'All You Need Is Love' a triumph of nowness over mere newness" [censorship preserved] . Reviewing "1987" later in the year, the same writer described "All You Need Is Love" as "mighty" but he was unable to hide his disappointment in the album as a whole: "is it the runaway juggernaut hyperbrill monster crack that the outriding 45 threatened? No." [Kelly, D., "JAMs on dry bread" ("1987 - What The F**k Is Going On?" review), "", 20 June 1987 ( [http://www.libraryofmu.org/display-resource.php?id=35 link] )]

A retrospective piece in "" called "All You Need Is Love" a "jagged slice of agit-prop" and "shockingly effective", adding that " [the original] was a club hit (i.e. everybody danced to it though nobody bought it), and after being re-edited to avoid copyright restrictions, it reached number three in the Indie chart". [Sharkey, A. "Trash Art & Kreation", "Guardian Weekend", "", 21 May 1994 ( [http://www.libraryofmu.org/display-resource.php?id=384 link] )]

The artistic attitude of "All You Need Is Love" epitomised that of The JAMs' subsequent recordings: plagiarising popular music by taking extensive samples of other artists' work, and juxtaposing these with each other, adding rhythms and Drummond's Scottish-accented raps, poems and narrations. The albums "1987" and "", and the singles "All You Need Is Love", "" and "" all had small-scale production budgets and little mainstream popularity, yet their novel construction and The JAMs' provocative disregard for copyright gained the duo enduring media attention.

The JAMs' promotional tactics were similarly unconventional, including the use of promotional graffiti, a method employed repeatedly by Drummond and Cauty, beginning around the time of their first releases. Some copies of the re-released single were supplied in a picture sleeve which showed The JAMs' "Shag Shag Shag" defacing a billboard (advertising the "Today" newspaper) that depicted police chief . Anderton, a self-declared , had courted controversy when he said "I see increasing evidence of people swirling about in a human cesspit of their own making… We must ask why s freely engage in and other obnoxious practices, knowing the dangers involved". [Many a quotation compendium (such as [http://education.yahoo.com/reference/quotations/quote/13597 Columbia University] ) mis-dates Anderton's words to December 1987. In fact his remarks were made in December 1986. See for example "" (London), 12 December 1986, cited in Gabb, S., " [http://www.seangabb.co.uk/pamphlet/aids.htm What to do about AIDS] ", pamphlet, ISBN 1-870614-30-5, 1989; or "", 18 December 1986, cited in Pembrey, G., " [http://www.avert.org/uk-aids-history.htm History of HIV & AIDS in the UK: 1981–1995] ", Avert.org. Retrieved 21 June 2006.] [For another reference to this quotation and a general overview see: "The 1980s AIDS campaign", "Panorama" [http://news.bbc.co.uk/1/hi/programmes/panorama/4348096.stm Article on the BBC website] (accessed 26 April 2006)] As with much of The JAMs' graffiti, the potency of "Shag Shag Shag" was derived from the context it in which it was placed. Further graffiti followed, "JAMs" and "Shag Shag Shag" slogans defacing billboards and Government-funded AIDS warnings in London. The JAMs also made available "Shag Shag Shag" T-shirts which King Boy D told the "" were "selling like hot cakes". ["Public NME" column, "", 9 May 1987 ( [http://www.libraryofmu.org/display-resource.php?id=529 link] ).] ["Selling like hot cakes" is British slang meaning "selling very well indeed".] The JAMs later revisited the word "shag" when they named their early career retrospective compilation album "".

Drummond and Cauty's output as The JAMs and later extensively referenced "The Illuminatus! Trilogy", and their debut recordings were no exception. The lyrical references in "All You Need Is Love" are complemented by the first of many iconographic and numerical allusions that soon came to characterise the duo's work. Their "pyramid blaster" logo—a with a suspended in front—appeared for the first time on the re-released "All You Need Is Love". The "pyramid blaster" references the "" icon—an eye suspended before a pyramid—associated with "The Illuminatus! Trilogy". The catalogue numbers of the single (JAMS 23, JAMS 23S, JAMS 23T) also reference "Illuminatus!", in which the number 23 is a recurring element. The JAMs actively enshrouded themselves with the mythology of the conspiratorial "Illuminatus!", and by adopting the subversive attitude of the fictional JAMs they quickly developed their own mythology.