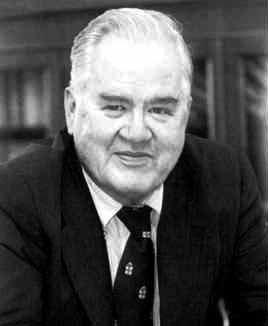 During , Tukey worked at the Fire Control Research Office and collaborated with Samuel Wilks and William Cochran. After the war, he returned to Princeton, dividing his time between the university and AT&T Bell Laboratories.

He was awarded the in 1982 "For his contributions to the spectral analysis of random processes and the (FFT) ."

His statistical interests were many and varied. He is particularly remembered for his development with of the . In 1970, he contributed significantly to what is today known as the jackknife estimation—also termed -Tukey jackknife. He introduced the in his 1977 book, "Exploratory Data Analysis".

, the , and the all bear his name. He is also the creator of several little-known methods such as the and , an easier alternative to .

Tukey coined many statistical terms that have become part of common usage, but the two most famous coinages attributed to him were related to computer science.

While working with on early computer designs, Tukey introduced the word "" as a contraction of binary digit [ [http://www.linfo.org/bit.html The origin of the 'bit'] ] . The term bit was first used in an article by in 1948.

Tukey used the term "software" in a computing context in a 1958 article for American Mathematical Monthly, the first published use of the term. [John Tukey, 85, Statistician; Coined the Word 'Software', New York Times, Obituaries, July 28, 2000]

He also contributed to and articulated the important distinction between and , believing that much statistical methodology placed too great an emphasis on the latter.

Though he believed in the utility of separating the two types of analysis, he pointed out that sometimes, especially in , this was problematic and termed such situations .

* offered the following summary of Tukey's principles for statistical practice: :... the usefulness and limitation of mathematical statistics; the importance of having methods of statistical analysis that are robust to violations of the assumptions underlying their use; the need to amass experience of the behaviour of specific methods of analysis in order to provide guidance on their use; the importance of allowing the possibility of data's influencing the choice of method by which they are analysed; the need for statisticians to reject the role of 'guardian of proven truth', and to resist attempts to provide once-for-all solutions and tidy over-unifications of the subject; the iterative nature of data analysis; implications of the increasing power, availability and cheapness of computing facilities; the training of statisticians.
*"Far better an approximate answer to the "right" question, which is often vague, than an "exact" answer to the wrong question, which can always be made precise." J. W. Tukey (1962, page 13), "The future of data analysis". "Annals of Mathematical Statistics" 33(1), pp. 1&ndash;67.
*"The combination of some data and an aching desire for an answer does not ensure that a reasonable answer can be extracted from a given body of data." J. W. Tukey (1986), "Sunset salvo". "The American Statistician" 40(1). Online at http://www.jstor.org/pss/2683137

;About John Tukey
*
* [http://www.princeton.edu/~mudd/finding_aids/mathoral/pmc41.htm Interview of John Tukey about his experience at Princeton]