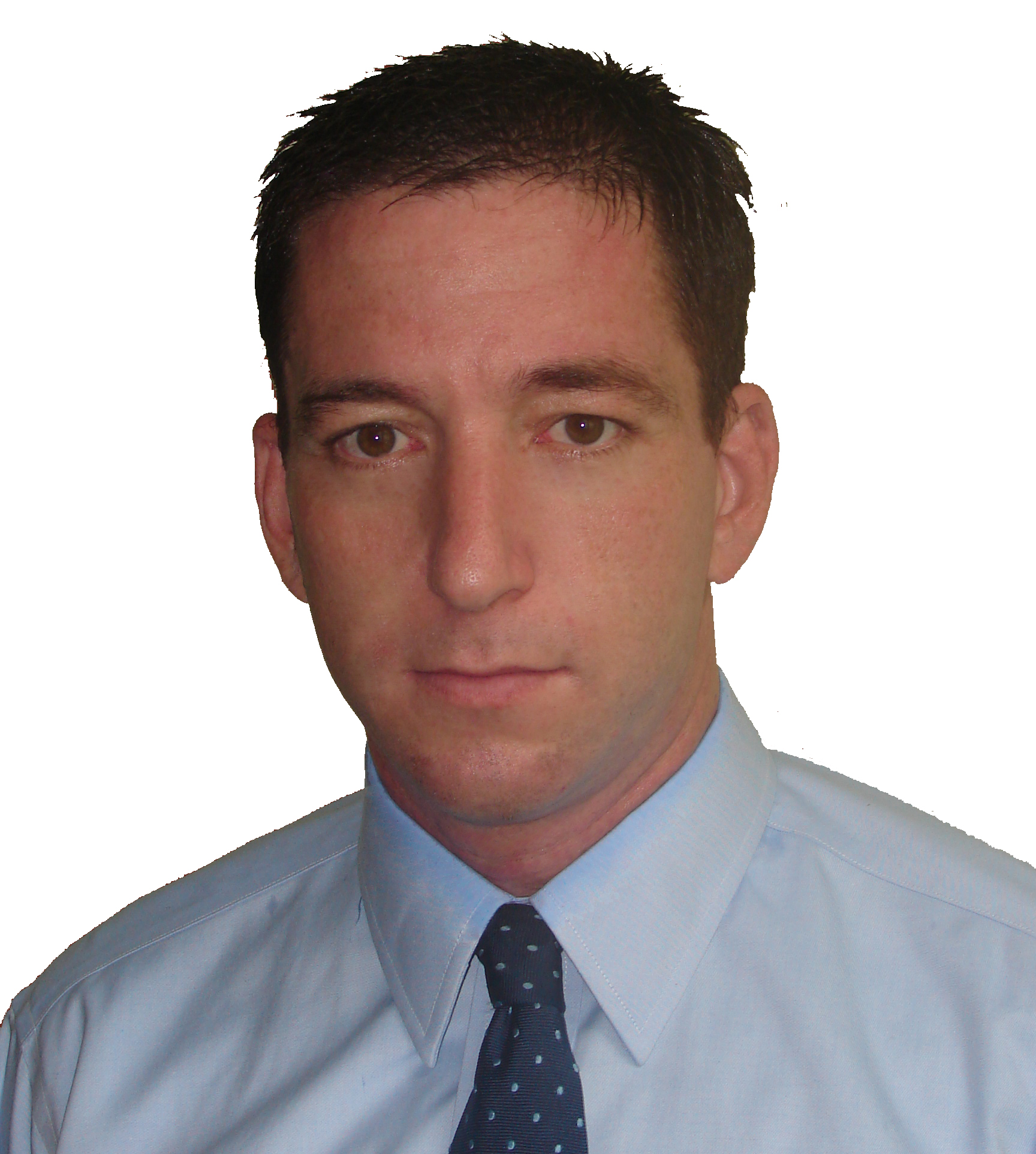 Glenn Greenwald (born 1967 in ) is a former American and current political and legal , and columnist at . He is the author of "" and "", both s. He was named by "New York Magazine" as one of the 40 most popular political pundits in America. [ [http://nymag.com/news/intelligencer/49528/ Conventional Wisdom] , New York Magazine, , ]

Greenwald frequently criticizes the policies of the administration and those who support or enable it, because he thinks the American is complicit in excusing policies and echoing administration rather than asking hard questions.

One of Greenwald's more notable clients was Matthew Hale. Hale was eventually jailed and tried for of against , who had been the federal judge in the trademark case. Although Greenwald was not involved in his criminal defense, between Hale's conviction and sentencing, Hale attempted to use Greenwald to convey a coded message, but Greenwald refused. [ [http://www.nbc5.com/news/4268510/detail.html?z=dp&dpswid=2265994&dppid=65193 Attorney: Hale Tried To Deliver Encoded Message From Jail] , NBC5.com news, , ] At the time, Hale was suspected of complicity in the recent double murder of Lefkow's husband and mother, but he was eventually cleared. He remains jailed for the earlier conviction.

Greenwald started a , "Unclaimed Territory", in October 2005, focusing initially on the and the investigation of . When the became known two months later, he shifted primary attention to that. He has written for magazine [ [http://www.google.com/search?hl=en&rlz=1B3GGGL_enUS269US269&q=site%3Awww.amconmag.com+%22by+Glenn+greenwald%22&btnG=Search] ] and appeared as a guest on 's "", with Amy Goodman, Air America's "Rachel Maddow Show" and "Majority Report" and 's "To the Point". His reporting and analysis have been cited in the "", "", "", and several Congressional reports on executive power. In April 2006, he was given a 2005 for Best New Blog.

Greenwald attracted national media attention in January 2006 when he announced on his blog his finding that U.S. Senator had proposed an easier standard for domestic eavesdropping by federal agents in 2002, but the administration had declined any interest in the legislation and advised him that it would probably be unconstitutional, a direct contradiction of much of the later rationale for the NSA warrantless domestic spying program once it was known. This discovery became widely covered by the national media, which often credited Greenwald for breaking the story. For example, The Washington Post reported: [ [http://www.washingtonpost.com/wp-dyn/content/article/2006/01/25/AR2006012502270.html White House Dismissed '02 Surveillance Proposal] , Dan Eggen, , Thursday, , (page A04).]

The Bush administration rejected a 2002 Senate proposal that would have made it easier for agents to obtain surveillance warrants in terrorism cases, concluding that the system was working well and that it would likely be unconstitutional to lower the legal standard. ...

Democrats and national security law experts who oppose the NSA program say the Justice Department's opposition to the DeWine legislation seriously undermines arguments by Attorney General and others, who have said the NSA spying is constitutional and that surveillance warrants are often too cumbersome to obtain.

"It's entirely inconsistent with their current position," said , a deputy attorney general in the Clinton administration who teaches law at . "The only reason to do what they've been doing is because they wanted a lower standard than 'probable cause.' A member of Congress offered that to them, but they turned it down." ...

The DeWine amendment — first highlighted this week by Internet blogger Glenn Greenwald and widely publicized yesterday by the Project on Government Secrecy, an arm of the — is the latest point of contention in a fierce political and legal battle over the NSA monitoring program.'

In August 2008, following the suicide of terrorist suspect , Greenwald wrote a series of long blog posts, detailing the evidence that there has been a cover-up by individuals in the US government and in the . Greeenwald called for "a full-scale Congressional hearing or even an external Commission of the type that investigated the 9/11 attacks -- endowed with full subpoena power -- to examine all of the unresolved issues here." [ [http://www.salon.com/opinion/greenwald/2008/08/05/anthrax/index.html The FBI's emerging, leaking case against Ivins] Tuesday Aug. 5, 2008 06:54 EDT] Greenwald is also interested in the identity of the individual who in 2001 falsely told ABC News's Brian Ross that the anthrax contained , a claim which falsely linked the anthrax attack to . The broadcasting of this claim by ABC News, Greenwald argues, was instrumental in guiding the US media and public opinion towards war with Iraq. Brian Ross refuses to divulge the identity of the individual who misled him. [Dan Gillmor, [http://www.guardian.co.uk/commentisfree/2008/aug/04/terrorism.usa Was the US public misled about the anthrax attacks?] guardian.co.uk, Monday August 04 2008 18:00 BST]

Greenwald wrote the best selling [cite web | url = http://www.workingforchange.com/webgraphics/WFC/bsl_061106.pdf | title = The New York Times Book Review | accessdate = 2007-12-12 | date = , | format = PDF ] book, "How Would a Patriot Act? Defending American Values From a President Run Amok". Pre-orders placed the book at #1 on in less than 24 hours, where it stayed for several days.

Greenwald's second book, "", is according to Greenwald "an examination of Bush's presidency with an emphasis on his personality traits and beliefs that drove the presidency (along with an emphasis on how and why those personality traits have led to a presidency that has failed to historic proportions)". [cite news |first=Glenn |last=Greenwald |title= (no title)|url=http://www.haloscan.com/comments/glenngreenwald/116307161281500794/#54519 |work=Comments Forum |publisher=HaloScan |date=, |accessdate=2007-12-12 ] "A Tragic Legacy" was released on June 26, 2007, debuted on The New York Times Best Seller list, and was the #1 book on Amazon's Non-Fiction Best Seller List [cite web |url=http://www.salon.com/opinion/greenwald/2007/06/27/blogs/ |title=Blogs and the establishment media |accessdate= 2008-01-11|author=Glenn Greenwald |date=2007-06-27 |publisher=Salon Media Group, Inc.] . of described "A Tragic Legacy" as "the best book about the worst president. Glenn Greenwald is to this administration as they've been to the country: devastating." [cite web |url=http://booksxyz.com/profile3239412.php |title=The Nonprofit Bookstore |accessdate= 2008-01-11|author=Staff |publisher=Acadiana Educational Endowment (AEE)and its affiliate, the American Public School Endowments (APSE) |work=books XYZ]