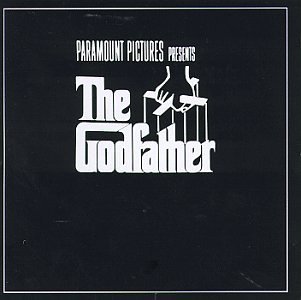 "The Godfather" is the from the movie of the same name, released in 1972 by Paramount, and in 1991 on compact disc by MCA, which had acquired the rights to the album (and the rest of the Group catalog) when they purchased in 1979, which in turn had acquired the Famous Music labels from in 1974. Unless noted, the songs were performed and composed by .