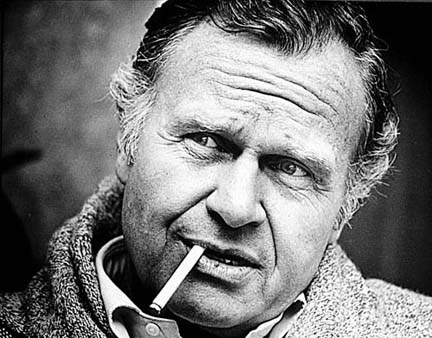 Bill Blass, born William Ralph Blass in 1922, was the son of a and a traveling hardware man. His father committed suicide when Bill was five, and afterwards Bill found refuge in the arts.

In his autobiography Blass wrote that the margins in his school books were filled with sketches of -inspired fashions instead of notes. At fifteen, he began sewing, selling s for $25 each to a New York manufacturer. At 17 he had saved up enough money to move to and study fashion. He excelled in his fashion studies immediately and at 18 was the first male to win ’s Design for Living award. He spent his salary of $30 a week on clothing, shoes, and elegant meals.

Blass began his fashion career in 1946. He was a protégé of Baron de Gunzburg. [cite web | author=Dupont, Ronald J, Jr.| year=1991 | title=Baron Nicolas de Gunzburg| work=The Vernon Stories of Jacobus Van Brug | url=http://www.vernonstories.com/ | accessdate=09 July | accessyear=2006] In 1970, after two decades of success in menswear and womenswear, he bought Maurice Rentner Ltd., which he had joined in 1959, and renamed it Bill Blass Limited. Over the next 30 years he expanded his line to include , s, , , and . By 1998, his company had grown to a $700-million-a-year business.

Blass’ designs are best known for being wearable. In a time when other designers were designing clothes which were known more for being a work of art, Blass was designing clothing which even everyday women could wear day or night. According to Ellin Saltzman in the New York Times, "He took American sportswear to its highest level…giving it a clean, modern, impeccable style… He, probably more than any designer knew his customer and understood her."

Beginning in 1976, and continuing until 1989, Blass lent his talents to the for an exclusive edition of their Mark series of automotive products. In 1976 he shared model configurations with , , and . Each year, as goes true fashion, the interior and exterior color combinations would be updated. One of the most popular was the 1979 edition honoring a nautical theme, as did the Blass logo of the time. Small anchors were incorporated into the exterior accent striping and interior accents within the Blass back-to-back "B" design theme. A truly unique feature of this model, and the 1980 through 1983 Mark series Blass models, was a "carriage roof" giving a convertible top look to the cars. After 1983, the Blass edition became just a unique color option with rear quarter window model designations and a few features that were options on the standard model.

In 1999 Blass sold Bill Blass Limited for $50 million and retired to his home in . Blass was diagnosed with oral/tongue cancer in 2000,

Blass was a connoisseur of , and his will bequeathed half his $52 million estate, as well as several important ancient sculptures, to the . [cite journal|last=Mead|first=Rebecca|title=Den of Antiquity: the Met Defends its Treasures|date=2007-04-09|journal=|pages=54–61] [http://www.metmuseum.org/annual_report/2005_2006/pdf/03report-from-director06.pdf]