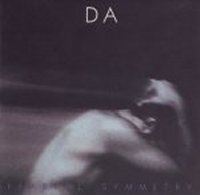 "Fearful Symmetry" is a 1986 album by , released on Frontline Records.

"Fearful Symmetry" is a lush, synthesizer driven pop album, lyrically wrapped in puzzles that the listener has to decipher. Nearly every song on "Fearful Symmetry" in some way deals with pain or darkness - from the -inspired "Sleep Silent Child", a song about death, to "Strong Points, Weak Points", a song about doubt. The album title comes from a line in "" by Wm. Blake. The album ends on an upbeat note however, with the touching ballad, "Beautiful One".

"Fearful Symmetry" was the final chapter of a four part series of albums by DA entitled "", which also included the albums "¡Alarma!", "Doppelgänger", and "Vox Humana". The band raised eyebrows on the tour that followed each release, by presenting a full multimedia event complete with video screens synchronized to the music, something that was unusual in the early 1980s for any band. This album, along with the other three albums from the Alarma! Chronicles, was re-released as part of the Alarma! Chronicles Book set in 2000. The Book Set included three CDs, over 200 pages of lyrics, photos, liner notes, essays, interviews and other information in a hardcover book.

As with "Vox Humana", keyboardist was unavailable for the photo session for this album. Thus the album's group photo only shows four of the five band members.