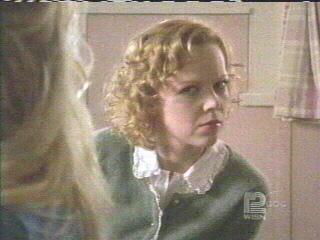 Bergl was born in , to an Irish mother and an English father. [ [http://www.chicagotribune.com/topic/chi-mxa0323tvclosemar23,1,5656827.story Close-up - Movies, Dakota Fanning, Colorado - chicagotribune.com ] ] She moved to with her family when she was a child and attended and , where she was the lead in several school productions. She graduated in 1997 with a in English and .

Bergl's big break came with the lead role of Rachel Lang in the 1999 film, ', which is the sequel to the 1976 Carrie film adaptation. Much of her acting also takes place on television. Bergl has appeared in episodes of the TV shows "", "", ', "", and "". She also appeared in the "", opposite star , and had a major role in the miniseries "".

Recently she starred in the ABC series "" as Annie, an enthusiastic fan of relationship expert Marin Frist () who travels to every event she appears at, and ends up in Elmo, Alaska with Marin by taking a bus up north from Vancouver. Annie stays in Elmo (as does Marin after she decides to re-evaluate her life), when she meets Patrick Bachelor (), a local hotel desk clerk and radio DJ she knew through online chats about Marin's books. They quickly fall in love, despite Annie's jealousy streak towards other women interested in her new boyfriend, and clashes with Patrick's mother Celia Bachelor (), the chief law enforcement official of Elmo.