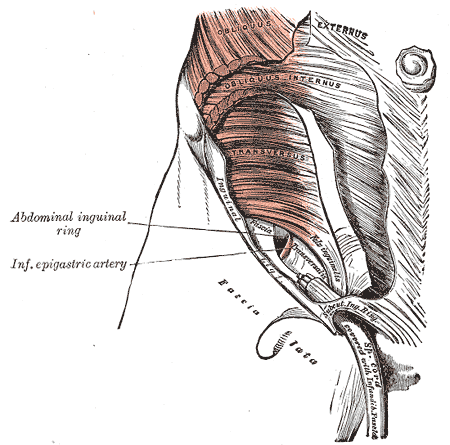 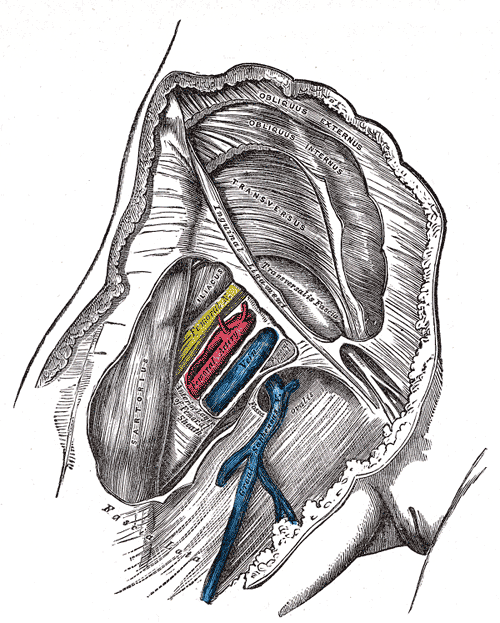 Caption2 = Femoral sheath laid open to show its three compartments.
System =
MeshName =
MeshNumber =
DorlandsPre = f_03
DorlandsSuf = 12355646
The transversalis fascia (or transverse fascia) is a thin membrane which lies between the inner surface of the and the .

It forms part of the general layer of lining the abdominal , and is directly continuous with the and .

In the , the transversalis fascia is thick and dense in structure and is joined by fibers from the aponeurosis of the Transversus, but it becomes thin as it ascends to the diaphragm, and blends with the fascia covering the under surface of this muscle.

Behind, it is lost in the fat which covers the posterior surfaces of the .

Below, it has the following attachments: posteriorly, to the whole length of the , between the attachments of the Transversus and ; between the and the it is connected to the posterior margin of the , and is there continuous with the .

Beneath the inguinal ligament it is strengthened by a band of fibrous tissue, which is only loosely connected to the ligament, and is specialized as the .

The in the male and the in the female pass through the transversalis fascia at a spot called the .

This opening is not visible externally, since the transversalis fascia is prolonged on these structures as the .