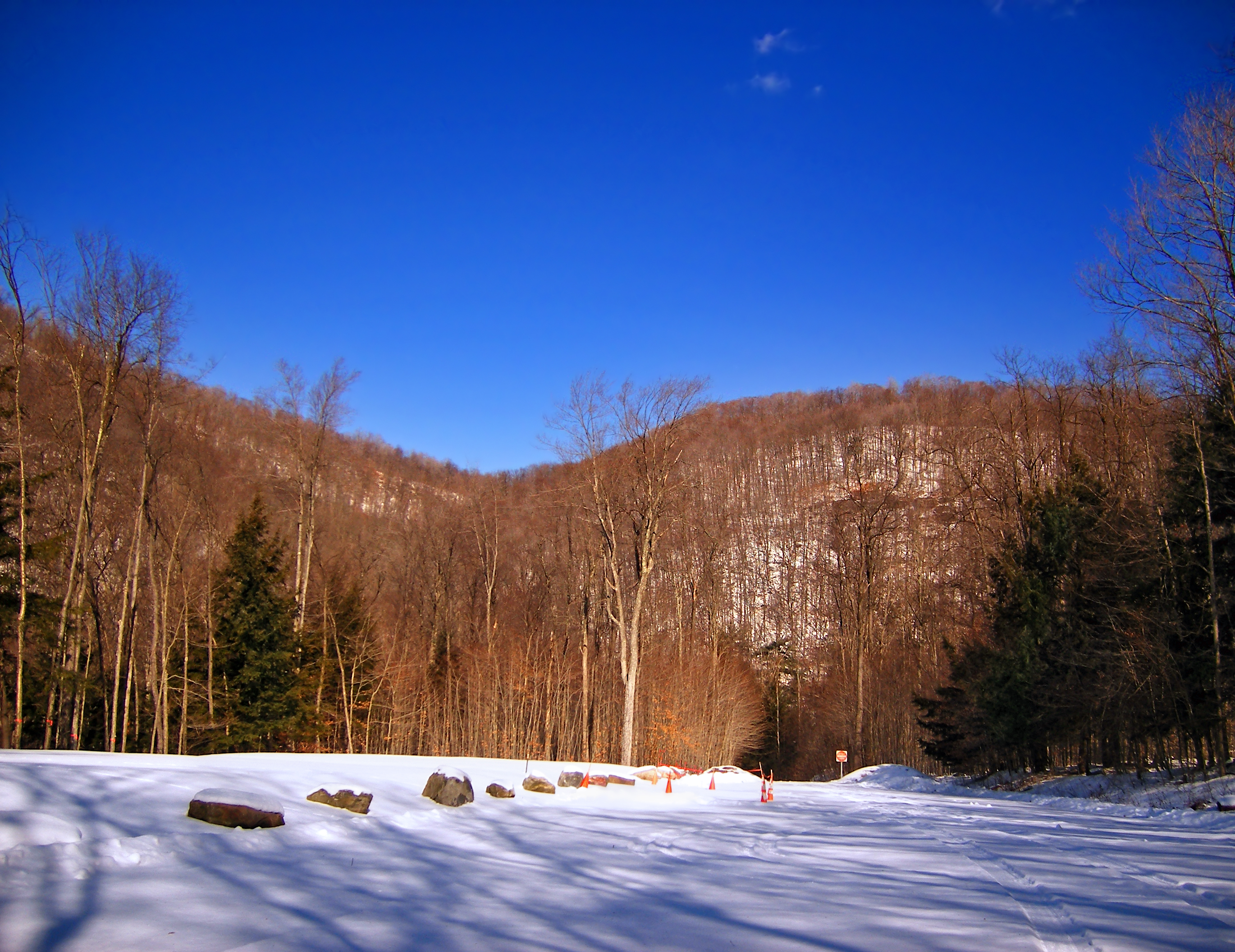 The District #20 main office was located in Bloomsburg, in Columbia County in the , and is still there as of September 2007. The office will be moved to Sullivan County, perhaps to the village of Hillsgrove.

The state forests of Pennsylvania were formed as a direct result of the depletion of the forests of Pennsylvania that took place during the mid to late 1800s. Conservationists like Dr. became concerned that the forests would not regrow if they were not managed properly. Lumber and Iron companies had harvested the s for various reasons. The clear cut the forests and left behind nothing but dried tree tops and rotting stumps. The sparks of passing ignited s that prevented the formation of s.

The history of the state forest goes back to 1929, when the Pennsylvania Department of Forests and Waters, a precursor to the modern , began purchasing land devastated by and wild fire to create Wyoming State Forest.

The of New York is to the north

*, convert|59.3|mi|km|2 along in Lycoming and Sullivan counties
*, a loop of convert|27.8|mi|km|2 in the Pleasant Stream and Rock Run valleys in northeast Lycoming County