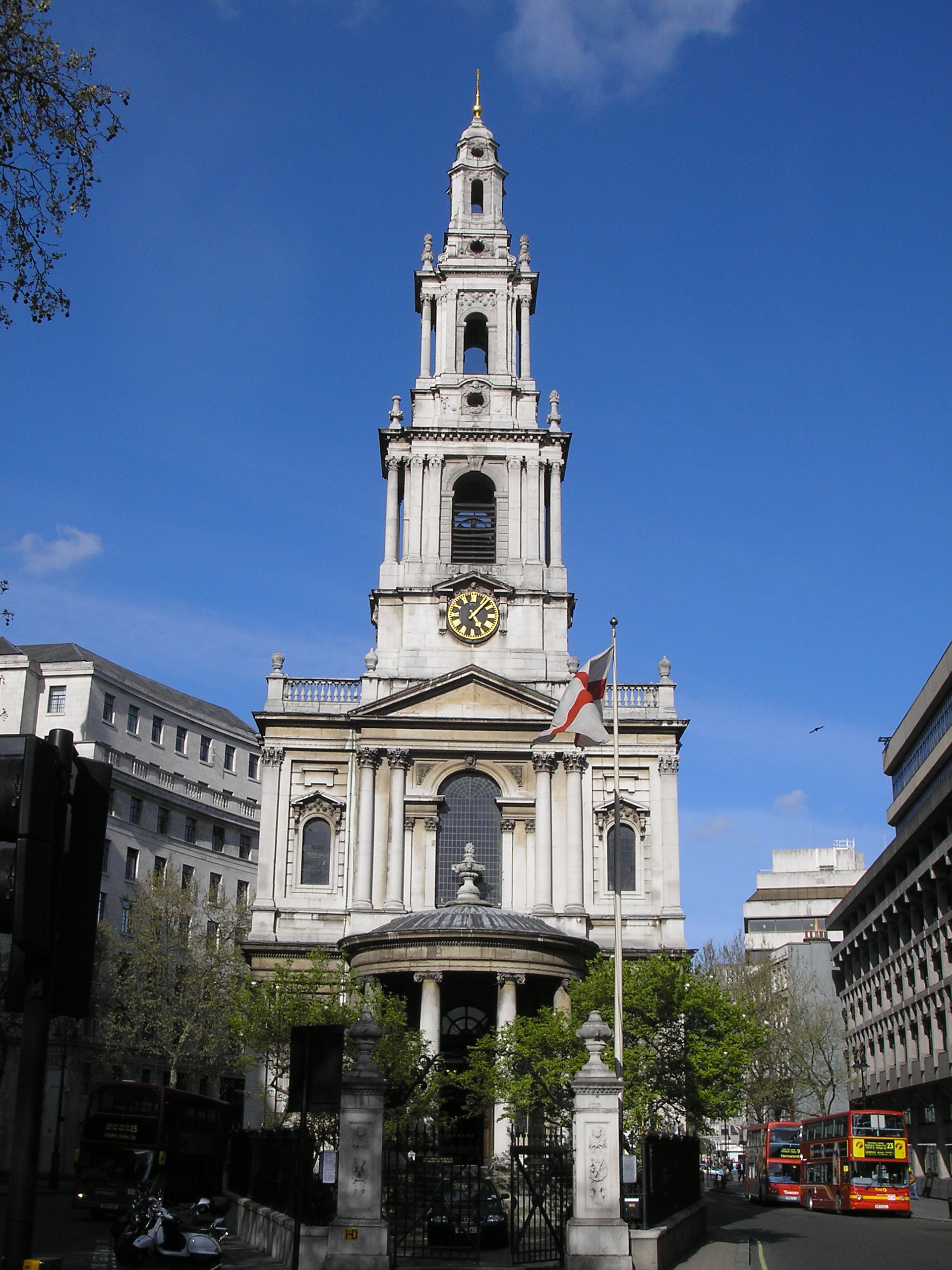 St Mary-le-Strand is a church at the eastern end of the Strand in the , . It stands to the north of and south of , on what is now a traffic island. It is the official church of the , and has a book of remembrance for members who have died in service. The nearest tube station is Temple, with the now-closed Aldwych station nearly opposite the church. It is known as one of the two 'Island Churches', the other being .

The church is the second to have been called St Mary-le-Strand, the first having been situated a short distance to the south. The date of its foundation is unclear but it was mentioned in a judgment of 1222, when it was called the Church of the Innocents, or St Mary and the Innocents. [G. Long, "The penny cyclopædia", p. 243. Society for the diffusion of useful knowledge, 1843] It was pulled down in 1549 by to make way for Somerset House. The parishioners were promised a new church, which was never built, forcing them to move to the nearby church of and afterwards to the . [B. Weed, "London Parishes: Containing the Situation, Antiquity, and Re-building of the Churches Within the Bills of Mortality", 1824] The site now occupied by the modern church was formerly occupied by a great which had been the scene of festivities in the 16th and 17th century but was severely decayed by the early 1700s.

The new St Mary-le-Strand was the first of the fifty new churches built in London under the , at a cost of some £16,000. Construction began in February 1714 under the architect , being his first major project following his return from . The steeple was completed in September 1717, but the church was not consecrated for use until ,

The architecture of St Mary-le-Strand proved controversial from the outset and the architect later expressed unhappiness at the way that his plans had been altered by the Commissioners. According to Gibbs, the church was originally intended to be an Italianate structure with a small over the west end and no steeple. Instead of the latter, a column 250 feet (76 m) high surmounted with a statue of Queen Anne was to have been erected a short distance to the west of the church. A great quantity of stone was purchased and brought to the spot, but the plan was abandoned on the death of the queen in 1714. Instead, the architect was ordered to reuse the stone to build a steeple, which fundamentally altered the plan of the church. Gibbs explained:

The extravagant ornamentation of the exterior was criticised at the time, and matters were not helped when one of the decorative urns surmounting the exterior of the church fell off and killed a passer-by during a procession in 1802. The prominent situation of the church has also been problematic; even in the 18th century, parishioners complained of the traffic noise.

Even so, the church — Gibbs' first public building — won him considerable fame. The interior of the structure is richly decorated with a plastered ceiling in white and gold, with a ceiling inspired by 's work in the church of and 's , both in . The porch was inspired by Cortona's . The walls were influenced by and the steeple shows the influence of Sir .

is alleged to have renounced his faith in the church to become an during a secret visit to London in 1750. [Rob Humphreys, Judith Bamber, "The Rough Guide to London", p. 169. Rough Guides, 2003] The parents of were married here in 1809.

The church narrowly escaped destruction twice during the 20th century. At the start of the century the proposed to demolish the church to widen the Strand; a campaign involving the artist succeeded in averting this, although the graveyard was obliterated and the graves moved to . The of the caused much damage to the surrounding area but again the church avoided destruction, though it did suffer damage from a nearby bomb explosion.