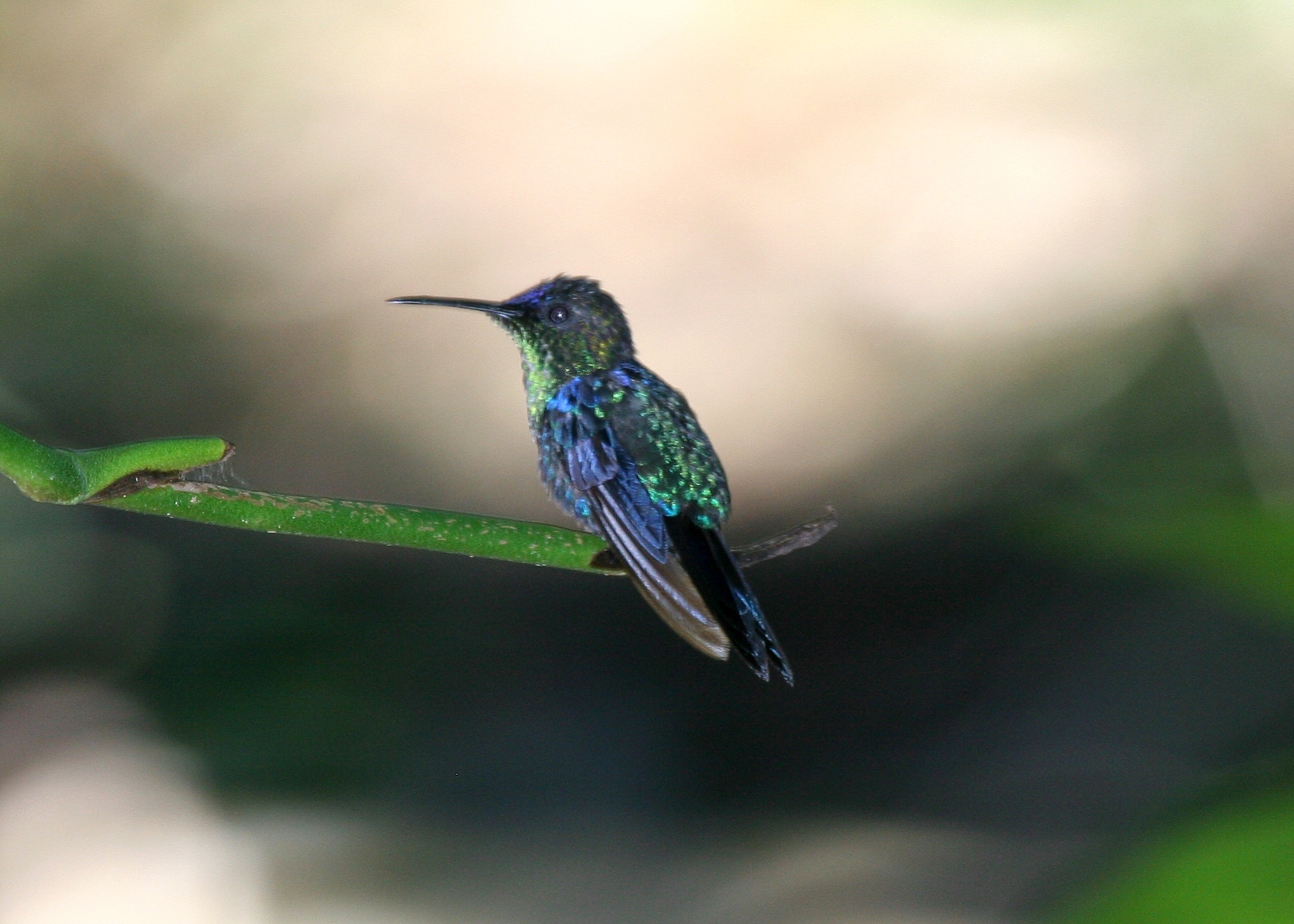 The Violet-crowned Woodnymph ("Thalurania colombica"), also known as the Purple-crowned Woodnymph, is a medium-sized found from and to northern and western . It formerly included the Mexican and s as . Alternatively, all have been considered subspecies of the .

The Violet-crowned Woodnymph is a common to abundant bird of wet lowlands and foothills to 2500 m, and may move higher when not breeding. The female Violet-crowned Woodnymph is entirely responsible for nest building and incubation. She lays two white eggs in a plant-fibre cup nest 1-5 m high on a horizontal branch. Incubation takes 15-19 days, and fledging another 20-26.

The adult male Violet-crowned Woodnymph is 10.2 cm long and weighs 4.5 g. It has a violet crown, upper back, shoulders and belly, a shiny green throat and breast, green lower back, and a deeply forked blue-black tail. The female is 8.4-9 cm long and weighs 3.5 g. She is bright green above and duller green below, with a grey throat and breast. Her tail is rounded, mainly green near the body but with a blue-black lower half and white corners. Young males lack any violet or iridescence and are bronze-coloured below. Immature females have buff fringes on the feathers of the nape, face and rump. The call is a high-pitched fast "kip".

The food of this species is nectar, taken from a variety of flowers. Males feed in the canopy, where their food plants include epiphytic and s, and defend flowers and scrubs in their feeding territories. Females stay in the understory. After breeding, both sexes may concentrate at "s". Like other hummingbirds, Violet-crowned Woodnymph also takes small s and s as an essential source of protein.