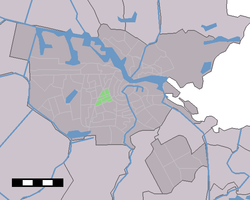 The Oud-West district of Amsterdam roughly covers the area between the Overtoom, a major thoroughfare to the West of the centre, and the parallel De Clercqstraat, a shopping street. The major shopping street Kinkerstraat runs through the district.