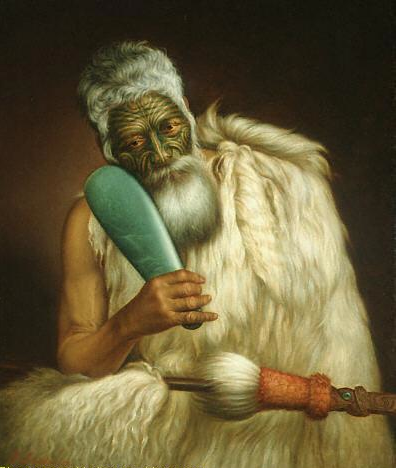 Wiremu Kingi was involved in the major disturbances and migrations caused by the . He and his father probably fought alongside during his tribe's journey from Kawhia to Waikanae. However, he is mainly associated with Waitara in Northern Taranaki.

In Colonel toured the area and persuaded the Māori chiefs to sign various deeds that transferred ownership of most of the tribal land to the . To what extent this was deliberate fraud and to what extent it was an example of two cultures failing to understand each other is hard to say. However, the transaction was to cause a great deal of trouble and eventually led the two people to war.

Te Āti Awa initially accepted the changes brought about by the arrival of the and their new government. In May their chiefs signed the and in 1843-44 they built a large and beautiful church for the missionaries. However, disenchantment began when the Land Commissioner, William Spain, awarded the settlers 200 km² of tribal land around New Plymouth. Wiremu Kingi wrote to Governor making it clear that they would not yield their tribal lands, particularly around Waitara. Their case was weakened in the minds of settlers because the bulk of the tribe were then living around about 250km to the south. However, despite opposition from the Government, they returned to Taranaki in and settled around Waitara.

Over the next 11 years the government and settlers made numerous attempts to acquire more of the tribal land, but were restricted to about 20km² around New Plymouth. Wiremu Kingi remained firm in his refusal to part with any of the tribal land. Gradually relations between the two peoples deteriorated.

In a minor tribal chief, Teira, who was feuding with Kingi, made an offer of some land directly to Governor . The government accepted the offer despite warnings from many influential missionaries such as Octavius Hadfield and a previous Chief Justice, William Martin, that the purchase was illegal.

The stakes grew as Kingi refused to budge. Prominent settlers called for him to be surrounded, deported and, if he fired one shot, hanged. The Government pressed ahead and sent in surveyors, declaring that once the survey was complete, the land would be occupied by the military to prevent any Māori occupation. They were blocked by the Te Atiawa people, so the army was sent in. The first shots of the were fired on . The war lasted a year and decided nothing except that the Māori were better tacticians than the . There followed an uneasy truce when the government agreed to re-examine the question and, three years later, Governor George Grey renounced the purchase.

After the war Kingi withdrew inland beyond the areas influenced by the Pākehā, probably to the Pa of . After 12 years he returned to New Plymouth to make his peace with the Pākehā government and later retired to where he lived with the prophet for several years. His last years were spent at Kaingaru near Waitara where he died on .

Every subsequent investigation has justified the stand Wiremu Kingi took over his land at Waitara.Fact|date=November 2007 As recently as August 2003 the New Plymouth District Council, which found itself owning 1.4 km² of the controversial land, decided to investigate the means by which it could be returned to Māori ownership.