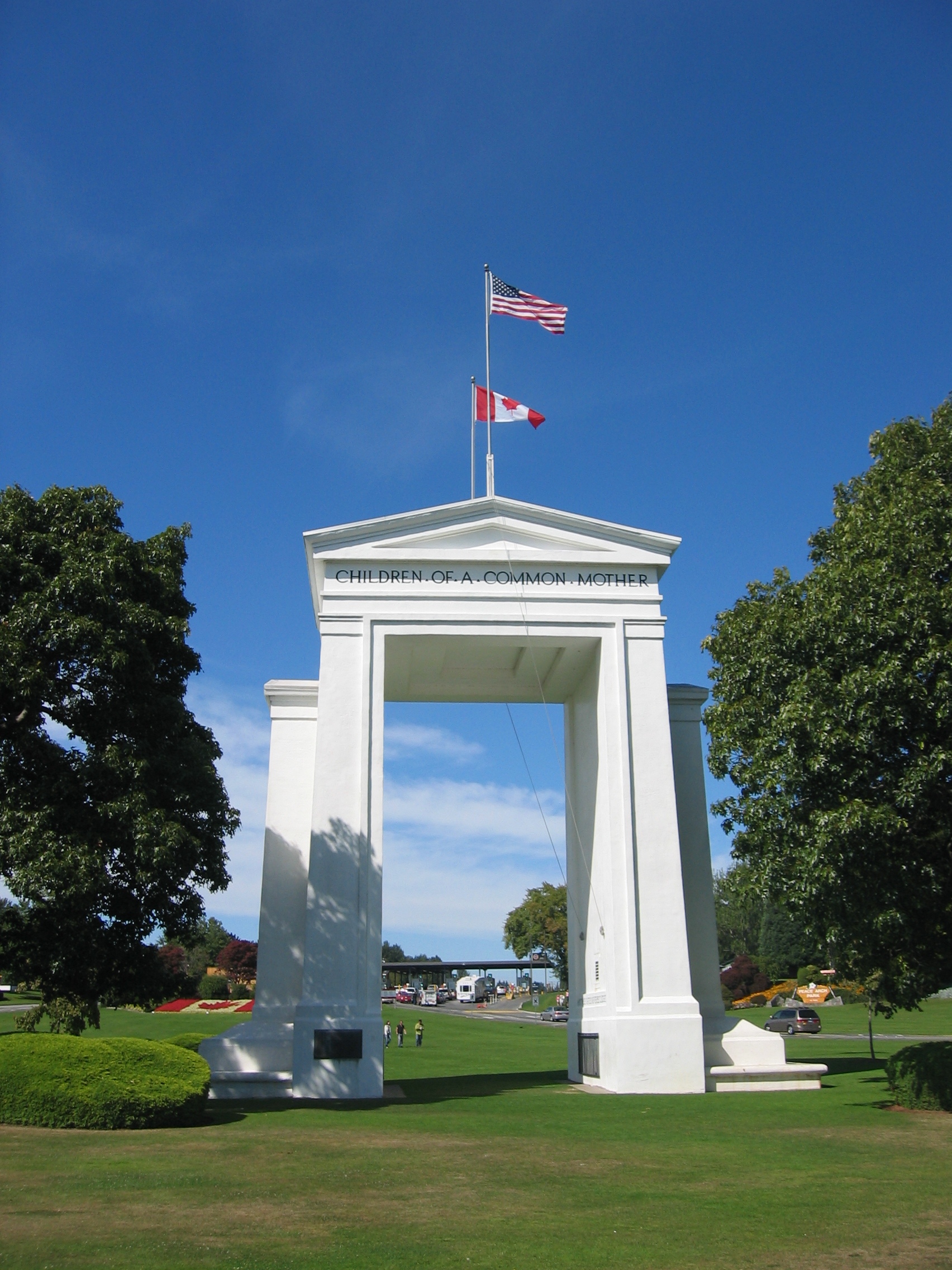 caption = The Peace Arch from the US side.
location=

lat_degrees = 49 | lat_minutes = 0 | lat_seconds = 7.66 | lat_direction = N
long_degrees = 122 | long_minutes = 45 | long_seconds = 23.49 | long_direction = W
area =
built =1921
architect= Harvey Wiley Corbett
architecture= Classical Revival
added = ,
governing_body = Local
refnum=96001493 The Peace Arch is a situated on the between the communities of Blaine, and Surrey, . The Peace Arch, which stands 20.5 meters (67.2 ft) tall, was built by Sam Hill and dedicated in September of 1921, and commemorates the signing of the in 1814. The monument is built on the exact – boundary, between and Highway 99, in the grass median between the northbound and southbound lanes. The Peace Arch has the flags of the U.S. and Canada mounted on its crown, and two s on both sides of its . The inscription on the U.S. side of the Peace Arch reads "Children of a common mother", and the words on the Canadian side read "Brethren dwelling together in unity". Within the arch, each side has an iron hinged on either side of the border with an inscription above reading "May these gates never be closed". consists of on the Canadian side and on the American side of the border. Within the park is a major border crossing which has never closed, symbolising a long history of peace between the two nations.

In Canada, the crossing is officially named Douglas, in honour of Sir James Douglas, the first governor of the . Because of the Peace Arch monument, however, the border crossing between Surrey and Blaine is popularly known as the "Peace Arch Border Crossing", one of the busiest border crossings between Canada and the United States. It is the busiest such crossing west of Detroit.

, construction is currently taking place at the Peace Arch Crossing. While it is still open, it is recommended to go through the Pacific Border Crossing (#15) as there are fewer delays.