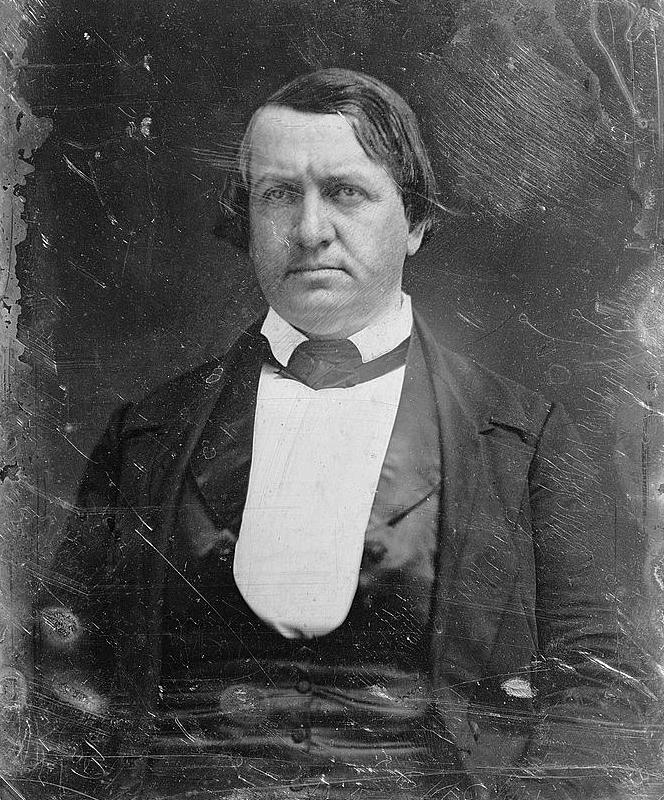 He was also a prominent member of the tradition.

Hale was born in Rochester, Strafford County, , the son of John Parker Hale and Lydia Clarkson O'Brien. He attended and graduated from in 1827. After passing the , Hale lived and practiced law in ; his house is now part of the "Woodman Institute," a local museum. He married Lucy Lambert, the daughter of William Thomas Lambert and Abigail Ricker. In 1834, President appointed him to serve as a .

He was elected as a Democrat to the Twenty-eighth Congress, serving from , to , . He was later elected as a Free Soil candidate to the in 1846 and served from , , to , . He was among the strongest opponents of the in the Senate and is considered "the first U.S. Senator with an openly anti-slavery (or ) platform". [ [http://www.seacoastnh.com/blackhistory/whittier.html J. Dennis Robinson] ]

Hale was an unsuccessful candidate for on the Free Soil ticket in 1852, losing to Democrat , a staunch political enemy of Hale's. (See .)

President Lincoln nominated Hale to the post of minister to Spain and he served in that capacity 1865–1869.

Interestingly, Hale's daughter Lucy Lambert Hale was betrothed to , 's assassin. Booth had a picture of Lucy Hale with him when he was killed in 1865.

John Parker Hale is buried in Dover at the Pine Hill Cemetery.