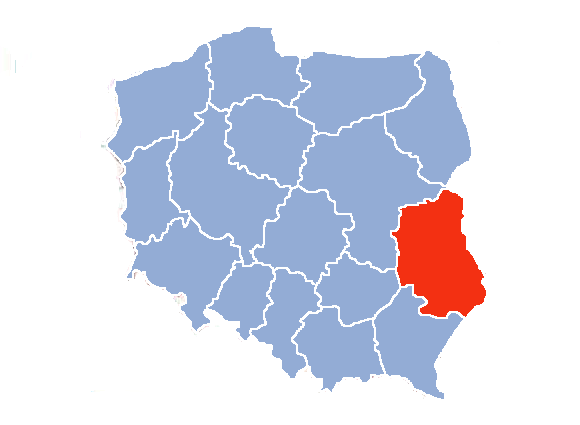 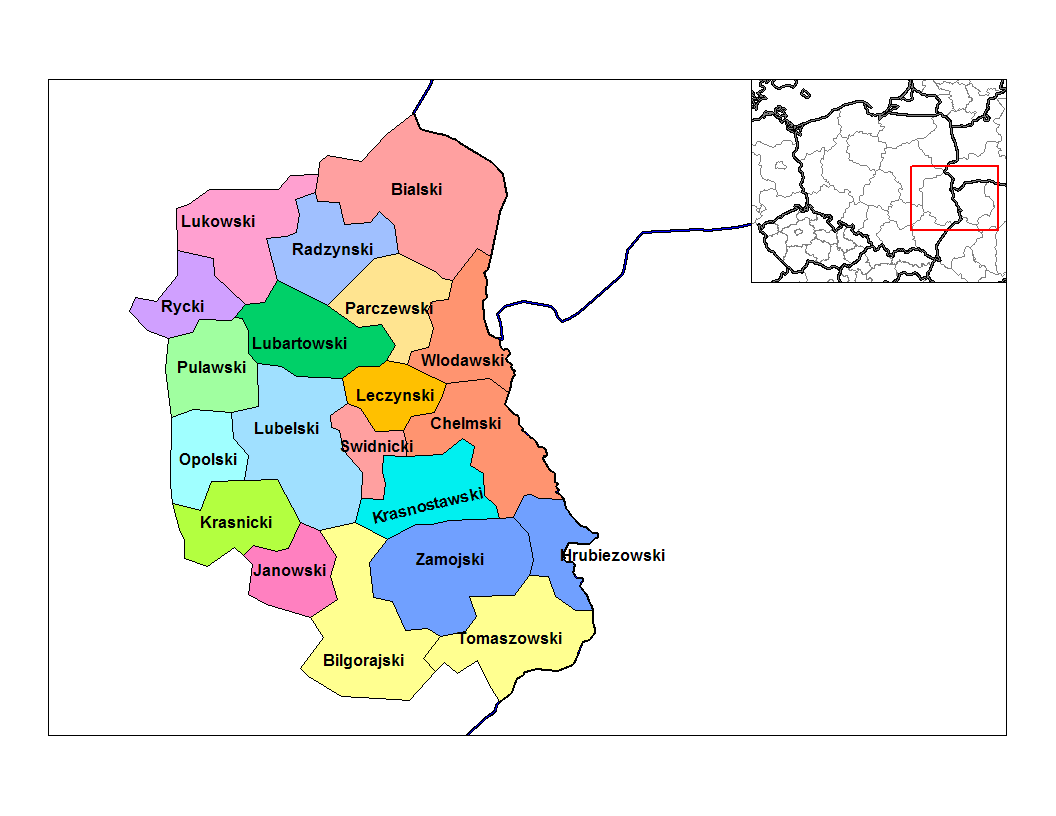 Lublin Voivodeship (also known as Lublin Province, or _pl. województwo lubelskie IPA-pl| [|w|o|j|e|'|w|u|c|t|f|o|-|l|u|'|b|e|l|sIPA-pl|k|j|e|] or simply "Lubelskie") is a voivodeship, or , in eastern . It was created on January 1, 1999, out of the former Lublin, Chełm, Zamość, Biała Podlaska and (partially) Tarnobrzeg and Siedlce Voivodeships, pursuant to the 1998 Local Government Reorganization Act. The province is named after its largest city and regional capital, .

The that encompasses , and approximates Lublin Voivodeship as it was prior to the , is known as "Lubelszczyzna". Provinces centred on Lublin have existed throughout much of Poland's history; for details see the section below on Previous Lublin Voivodeships.

The region was, prior to World War II, one of the world's leading centres of . Before the middle of the 16th century, there were few Jews in the area, concentrated in , , and perhaps ; but the founding of new private towns led to a large movement of Jews into the region to develop trade and services. Since these new towns competed with the existing towns for business, there followed a low-intensity but long lasting feeling of resentment, with failed attempts to limit the Jewish immigration. The Jews tended to settle mostly in the cities and towns, with only individual families setting up businesses in the rural regions; this urban/rural division became another factor feeding resentment of the newly arrived economic competitors. By the middle of the 18th century, Jews were a significant part of the population in , and . By the 20th century, Jews represented greater than 70% of the population in eleven towns, and close to 100% of the population of and . From this region came both religious figures such as of Izbica, of , and of , as well as famous secular authors and . The "Old Town" of the city of contained a famous , Jewish hospital, synagogue, cemetery, and kahal, as well as the (known as the Jewish Gate).

Before the war, there were 300,000 living in the region, which became the site of the and concentration camps as well as several labour (, , , , , , and the Lublin work camps (Lipowa Street), , and ) which produced military supplies for the and ). This was once one of the biggest forced labour centres in occupied Europe, with approximately 45,000 Jewish prisoners. As well, the was located in the Lublin Voivodeship. After the war, the few surviving Jews largely left the area; today there is some restoration of areas of Jewish historical interest, and a surge of tourism by Jews seeking to view their families' historical roots.

Lublin Voivodeship ( _la. Palatinatus Lublinensis; _pl. Województwo Lubelskie) was an administrative region of the Kingdom of Poland created in 1474 out of parts of and lasting until the in 1795. It was part of the "" of .

Lublin Voivodeship was one of the voivodeships of Congress Poland. It was formed in 1816 from , and in 1837 was transformed into .

Lublin Voivodeship ("województwo lubelskie") was an administrative region of Poland between 1945 and 1975. In 1975 it was transformed into Chełm, Zamość, Biała Podlaska, Tarnobrzeg and s and a smaller Lublin Voivodeship.