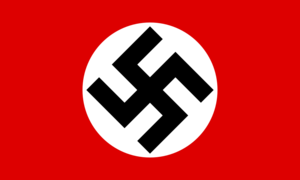 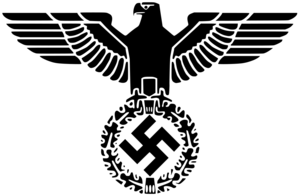 " of 28 September 1939. Map of Poland signed by and Ribbentrop adjusting definitive German-Soviet border in the aftermath of German and Soviet invasion of Poland.]

The General Government ( _de. Generalgouvernement) refers to a part of the territories of (and Ostrava, Czechoslovakia) under German (that were occupied in September 1939) during World War II by and was an autonomous part of "". In August 1941, former Polish s of (with a minority of Ukrainian population), which since September 1939 had been occupied by the Soviet Union (see: Soviet invasion of Poland) were added to the General Government (as Galicia District) by decree of . According to , [ [http://www.yale.edu/lawweb/avalon/lawofwar/hague04.htm#art42 The Avalon Prject - Laws of War : Laws and Customs of War on Land (Hague IV); October 18, 1907 ] ] accepted by Germany, all these acts were illegal from the beginning in the terms of international law (The Law of Nations), and civil law too. The area was not a , and had no goal of collaborating with Poles throughout the war, regardless of their political orientation. Germans made a determined effort to avoid mentioning the word Poland in each and every document or administrative naming regarding the region, the only exception being the Germany-backed banknotes and coins (denominated 'zloty' and 'grosz') printed in 1940 where that word was used for propaganda purposes. The government and administration of General Government was comprised entirely of Germans and the area was eventually to become a German province

Creation of the General Government

was appointed Governor-General of the occupied territories on 26 October 1939. Two decrees by (8 October and 12 October 1939) provided for the division of the annexed areas of Poland into the following administrative units:

* (initially Reichsgau Posen), which included the entire , most of the , five counties of the n voivodship, and one county of the voivodship;
* the remaining area of Pomeranian voivodship, which was incorporated into the (initially Reichsgau Westpreussen);
* (Regierungsbezirk Zichenau) consisting of the five northern counties of (, , , Ciechanów and ), which became a part of ;
* (Regierungsbezirk Kattowitz) or unofficially Ost-Oberschlesien (East ); together with western part of , such as , , , and counties and parts of and counties.

The area of these territories was 94,000 square kilometres and the population was about 10 million.

The remaining block of territory was placed under an administration called the General Government (in German "Generalgouvernement für die besetzten polnischen Gebiete"), with its capital at and subdivided into four districts, Warsaw, Lublin, Radom, and Kraków. After the German attack on the Soviet Union in June 1941, East Galicia, previously part of the Ukrainian SSR, was incorporated into the General Government and became its fifth district, the .

The General Government was a purely German administration, not a Polish . These territories were never intended as any future Polish state within German dominated Europe. In March 1941 Hitler made a decision to "turn this region into a purely German area within 15-20 years".He also explained that "Where 12 million Poles now live, is to be populated by 4 to 5 million Germans. The Generalgouvernement must become as German as ".

Since fall 1939, Poles from other regions of Poland conquered by Germany were expelled to the General Government and the area was used as a slave labour camp from which men and women taken by force to work as slave laborers in the factories and on the farms in Germany.

The population in the General Government's territory was initially about 12 million, but this increased as about 860,000 Poles and Jews were expelled from the Germany-annexed areas and "resettled" in the General Government. Offsetting this was the German campaign of extermination of the Polish and other elements thought likely to resist. From 1941 disease and hunger also began to reduce the population. Poles were also deported in large numbers to work as forced labour in Germany: eventually about a million were deported, of whom many died in Germany.

In 1940 the population was divided into different groups. Each group had different rights, food rations, allowed strips in the cities, public transportation and restricted restaurants. Listed from the most privileged to the least:
*Germans from Germany ("Reichdeutsche"),
*Germans from outside, active ethnic Germans, Volksliste category 1 and 2 (see ).
*Germans from outside, passive Germans and members of families (this group included also some ethnic Poles), Volksliste category 3 and 4,
*Ukrainians,
*Highlanders ("") - an attempt to split the Polish nation by using local collaborators
*Poles,
*Gypsies,
*Jews (eventually sentenced to extermination as a category).

During the on January 20, 1942, The State Secretary of the General Government, Dr. pushed Heydrich to implement the "" in the General Government. As far as he was concerned, the main problem of General Government was an overdeveloped black market that disorganised the work of the authorities. He saw a remedy in solving the "Jewish question" in the country as fast as possible. An additional point in favour was that there were no transportation problems here.

In 1942, the Germans began the systematic extermination of the Jewish population. The General Government was the location of four of the six s in which the most extreme measures of the , the by gassing of undesired "races", chiefly millions of Jews from Poland and other countries, was carried out between 1942 and 1944 .

Overall, 4 million of the 1939 population of the General Government area had lost their lives by the time the Soviet armed forces had taken the area in late 1944.

It was German policy that a small number of (non-Jewish) Poles, like other , were to be reduced to the status of s, while the rest would be deported or otherwise eliminated and eventually replaced by German colonists of the "." Various plans regarding the future of the original population were drawn, with one calling for deportation of about 20 million Poles to Western , and Germanisation of 4 to 5 million; although deportation in reality meant that the population wouldn't be removed but all of its members put to death as happened to other groups in execution of similar plans. [ [http://www.dac.neu.edu/holocaust/Hitlers_Plans.htm HITLER'S PLANS FOR EASTERN EUROPE] ] In the General Government, all was abolished and all Polish cultural institutions closed. In 1943, the government selected the area for further German colonisation. German settlements were planned, and the Polish population expelled amid great brutality, but few Germans were settled in the area before 1944 . See for more information about this.

Resistance to the German occupation began almost at once (see: ), although there is little terrain in Poland suitable for guerrilla operations. The main resistance force was the Home Army (in Polish: "Armia Krajowa" or "AK"), loyal to the in London. It was formed mainly of the surviving remnants of the pre-War , together with many volunteers. Other forces existed side-by-side, such as the communist People's Army "(Armia Ludowa" or AL), backed by the Soviet Union and controlled by the Polish Communist Party. By 1944 the AK had some 380,000 men, although few arms. During the occupation, the various Polish resistance organizations killed about 150,000 Axis soldiers. The AL was about 15% of the size of the AK.

In April 1943 the Germans began deporting the remaining Jews from the , provoking the , April 19 to May 16. That was the first armed uprising against the Germans in Poland, and prefigured the larger and longer of 1944.

In July 1944, as the Soviet armed forces approached Warsaw, the government in exile called for an uprising in the city, so that they could return to a liberated Warsaw and try to prevent a Communist take-over. The AK, led by , launched the on 1st August in response both to their government and to Soviet and promises of help. However Soviet help was never forthcoming, despite the Soviet army being only 18 miles (30 km) away, and Soviet denial of their airbases to British and American planes prevented any effective resupply or air support of the insurgents by the Western allies. After 63 days of fighting the leaders of the rising agreed a conditional surrender with the . The 15,000 remaining Home Army soldiers were granted POW status (prior to the agreement, captured rebels were shot), and the remaining civilian population of 180,000 expelled.

As the Soviets advanced through Poland in late 1944 the General Government collapsed. Frank was captured by American troops in May 1945 and was one of the defendants at the . During his trial he converted to Catholicism. Frank surrendered forty volumes of his diaries to the Tribunal and much evidence against him and others was gathered from them. He was found guilty of s and and on October 1, 1946, he was sentenced to death by . The sentence was carried out on October 16.