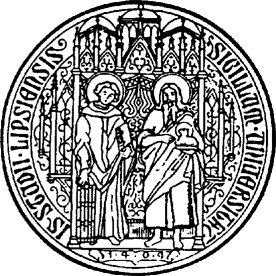 The University of Leipzig ( _de. Universität Leipzig), located in in the , , is one of the oldest universities in . It has a long tradition of globally oriented and culturally comparative historical research and tertiary-level teaching.

The university was founded on , by and his brother , and originally comprised four faculties. Since its inception the university has enjoyed almost 600 years of uninterrupted teaching and research.

The university was modelled on the University of Prague, from which the German-speaking faculty members withdrew to Leipzig after the crisis and the . The "Alma mater Lipsiensis" opened in 1409, after it had been officially endorsed by in his "" on ( of that year). Its first rector was .

The University Library of Leipzig was established in 1543. It is one of the oldest German university libraries and it serves as a source of literature and information for the University of Leipzig as well as the general public in the region. Its extensive historical and special collections are nationally and internationally recognized. The library consists of the main building "Bibliotheca Albertina" and forty branches situated near their respective academic institutions. The current stock comprises 5 million volumes and about 7.700 periodicals. Collections range from important medieval and modern manuscripts to incunabula, papyri, autographs, ostraka and coins.

The university's urban campus comprises several locations. The main building in the center of Leipzig went under construction in 2005; the blueprints for the new university building were drafted by Dutch architect . The estimated total cost for the renovation project is 140 million euros. The new building is set to finish in 2009, just in time for the university's 600th anniversary celebrations.

Besides the faculties and institutions, there are several other bodies that serve the university: University Library, a university archive and administration, as well as a museum for music instruments and a university clinic. The university's Botanischer Garten (=botanical garden) was established in 1542 and it is the second oldest botanical garden in Europe. All in all, the university is spread across 38 locations in Leipzig.

Today, the university has 14 faculties. With over 29,000 students, it is Saxony's second-largest university. There are now more than 150 institutes and the university offers 190 study programs leading to Bachelor's degrees, s and Ph.D.s. Arguably, the Faculty of Medicine is the university's most renowned faculty.

The university offers a number of courses in English and there are several programs allowing foreign students to study abroad at the university. Current exchange partner universities include , , , and among others.

There are two Master's programs taught in English: American Studies and Global Studies. American Studies Leipzig is one of the most distinguished programs of its kind in Europe. In the last three years alone, it has been awarded three prestigious international professorships: The Fulbright-Leipzig Chair for American Studies, the DAAD Professorship for American and International Studies, and the Picador Chair for Literary Studies. Erasmus Mundus Global Studies on the other hand, is an interdisciplinary, research-based Master offered by a consortium of four European universities: University of Leipzig, the , , and University of Wroclaw.

The university is ranked 5th in Germany, 29th in Europe and among the best hundred in the world by the web-based [http://www.webometrics.info/rank_by_country.asp?country=de Webometrics] Ranking of World Universities.

People associated with the University of Leipzig