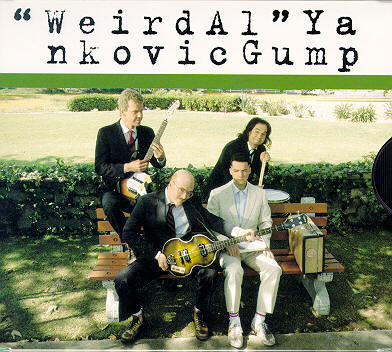 Gump is a song by . It is a parody of "Lump" by The Presidents of the United States of America and also parodies the title character from the movie .

The cover for the single is itself a parody of the Presidents of the United States of America's logo. This is one of Yankovic's shortest album parodies, second only to his remade version of "".

The for "Gump" is a double parody of both the movie "Forrest Gump" and the Presidents of the United States of America's music video for "Lump". The single's cover art is directly taken from the video shoot.
* The video begins with a feather blowing through the air, much like the beginning of the original movie.
* appears as the titular character, Forrest Gump.