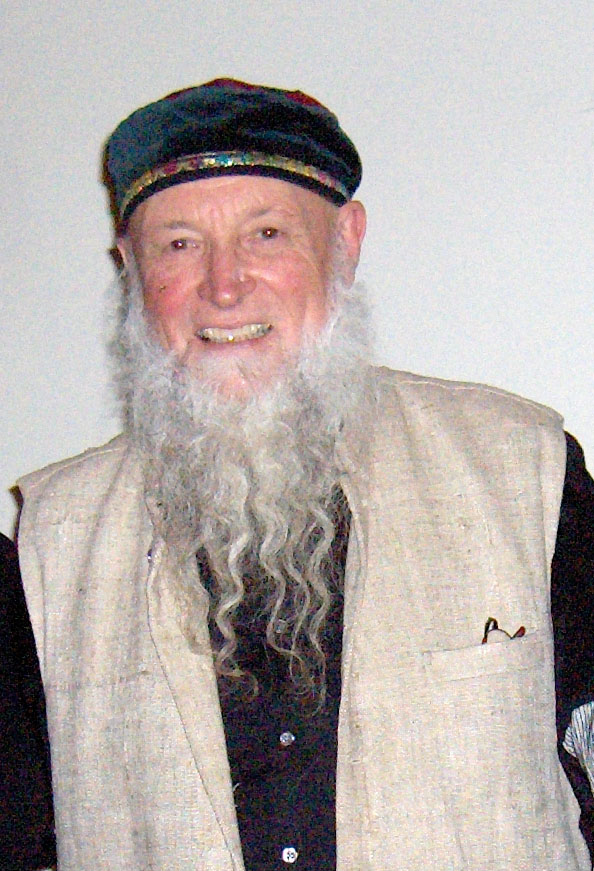 Terry Riley (born ) is an American composer associated with the minimalist school.

Born in , Riley studied at , , and the before earning an MA in composition at the , studying with and . He was involved in the experimental working with , , , and . His most influential teacher, however, was (1918–1996), a master of Indian classical voice, who also taught and . Riley made numerous trips to India over the course of their association to study and to accompany him on , , and voice. Throughout the 1960s he traveled frequently around Europe as well, taking in musical influences and supporting himself by playing in s, until he joined the faculty in 1971 to teach Indian classical music. Riley was awarded an Honorary Doctorate Degree in Music at in 2007.

Also during the 1960s were the famous "All-Night Concerts", during which Riley performed mostly improvised music from evening until sunrise, using an old organ harmonium ("with a vacuum cleaner motor blower blowing into the ballasts") and tape-delayed saxophone. When he finally wanted a break, after hours of playing, he played back looped saxophone fragments recorded throughout the evening. For several years he continued to put on these concerts, to which people came with sleeping bags, hammocks, and their whole families.

Riley began his long-lasting association with the by meeting its founder, , while at Mills. Over the course of his career Riley has composed 13 s for the ensemble, in addition to other works. He wrote his first orchestral piece, "Jade Palace", in 1991, and has continued to pursue that avenue, with several commissioned orchestral compositions following. Riley is also currently performing and teaching both as an Indian vocalist and as a solo pianist.

While his early endeavours were influenced by Stockhausen, Riley changed direction after first encountering , in whose he later performed from 1965-66. The String Quartet (1960) was Riley's first work in this new style; it was followed shortly after by a string trio, in which he first employed the repetitive short phrases that he (and minimalism) are now known for.

His music is usually based on improvising through a series of modal figures of different lengths, such as in "In C" and the "Keyboard Studies". "" (1964) is probably Riley's best-known work and one that brought the minimalist music movement to prominence. Its first performance was given by , Jon Gibson, , and , among others, and it has influenced their work and that of many others, including John Adams and . Its form was an innovation: the piece consists of 53 separate modules of roughly one measure apiece, each containing a different musical pattern but each, as the title implies, in C. One performer beats a steady pulse of "C"s on the piano to keep tempo. The others, in any number and on any instrument, perform these musical modules following a few loose guidelines, with the different musical modules interlocking in various ways as time goes on. The "Keyboard Studies" are similarly structured &ndash; a single-performer version of the same concept.

In the 1950s he was already working with s, a technology then in its infancy, and he has continued manipulating tapes to musical effect, both in the studio and in live performance, throughout his career. He has composed in as well as pieces.

Riley's collaborators include the , , and, as mentioned, the .

He has also had a notable collaboration with Beat poet , with whom he has released several CDs and most recently contributed music to a London revival of his play .

"A Rainbow In Curved Air" inspired 's parts on 's "" and "", the latter named in tribute to Riley as well as to . [cite album-notes
title = The Who: The Ultimate Collection
albumlink = The Ultimate_Collection (The_Who_album)
bandname = The Who
year = 2002
notestitle =
url =
first =
last =
pages = 12
publisher = MCA Records]

*1976 - "Music With Roots in the Aether: Opera for Television". Tape 6: Terry Riley. Produced and directed by . New York, New York: Lovely Music.
*1986 - [http://otherminds.org/shop/Notes.html "In Between the Notes...a Portrait of Pandit Pran Nath, Master Indian Musician"] . Produced by , directed by .
*1995 - "Musical Outsiders: An American Legacy - Harry Partch, Lou Harrison, and Terry Riley". Directed by Michael Blackwood.
*2008 - "A Rainbow In Curved Air" features in the in-game soundtrack of Grand Theft Auto IV. It can be found when listening to the fictional radio station, "The Journey".