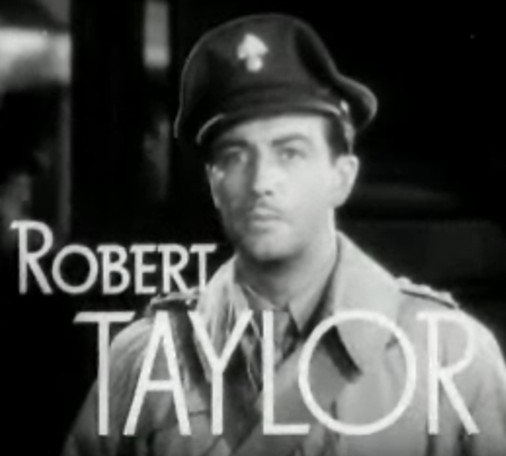 Born Spangler Arlington Brugh in , he was the son of Ruth Adaline (née Stanhope) and Spangler Andrew Brugh, who was a farmer turned doctor. [ [http://www.filmsofthegoldenage.com/foga/1999/summer99/roberttaylor.shtml FGA - Robert Taylor ] ] [cite book |last= Wayne |first=Jane Ellen |title= "The Leading Men of MGM"|isbn= 0-7867-1475-1 |pages=165] As a teenager, he was a track star and played the in his high school orchestra. Upon graduation, he enrolled at to study music.

While at Doane, he took cello lessons from Professor E. Gray, a man whom he admired and idolized. After Professor Gray announced he was accepting a new position at in Los Angeles, Brugh moved to California and enrolled at Pomona. [cite book |last= Wayne |first=Jane Ellen |title= "The Leading Men of MGM"|isbn= 0-7867-1475-1 |pages=166] He joined the campus theater group and was eventually spotted by a talent scout in 1932 after production of "".

After signing a seven-year contract with MGM for $35 a week, Brugh's name was changed to Robert Taylor. [cite book |last= Wayne |first=Jane Ellen |title= "The Leading Men of MGM"|isbn= 0-7867-1475-1 |pages=167] He made his film debut in the 1934 comedy, "Handy Andy", opposite (on a loan-out to ). After appearing in a few small roles, he appeared in one of his first leading roles in "Magnificent Obsession", with . This was followed by "Camille", opposite .

Throughout the late 1930s, Taylor appeared in films of varying genres including the musicals "" and "", and the British comedy "" with . In 1940, he reteamed with his "A Yank at Oxford" co-star Vivien Leigh in 's drama "Waterloo Bridge". In 1941, Taylor began breaking away from his perfect leading man image and began appearing in darker roles. That year he portrayed Billy Bonney (better known as Billy the Kid) in "Billy the Kid". The next year, he played the title role in the "" opposite . In 1943, Taylor contributed to the war effort by becoming a flying instructor in Naval Air Corps. During this time, he also starred in instructional films and narrated the 1944 documentary "".

In 1950, Taylor landed the role of General Marcus Vinicius in "Quo Vadis", opposite . The film was a hit, grossing USD$11 million. The following year, he starred opposite in the film version of ’s classic "Ivanhoe", followed by 1953's "Knights of the Round Table".

By the mid-1950s, Taylor's career began to wane. He starred in a comedy western in 1955 co-starring called "Many Rivers To Cross". In 1958, he formed his own production company, Robert Taylor Productions, and the following year, he starred in the ABC hit television series "" (1959-1962). Following the end of the series in 1962, Taylor continued to appear in films and television including "A House Is Not a Home" and two episodes of "Hondo". In 1965, after filming "Johnny Tiger" in Florida, Taylor took over the role of narrator in the television series "", when left to pursue a career in politics.

In 1951, Taylor starred in the film "Above and Beyond", a biopic of pilot . The two men met and found that they had much in common. Both had considered studying medicine, and were avid skeet-shooters and fliers. Taylor learned to fly in the mid-1930s, and served as a flying instructor during . His private aircraft was a Twin Beech called "Missy" (wife Stanwyck's nickname) which he used on and trips. She complained that he spent all his time polishing his s and aircraft, but when airborne could "do anything a bird could do, except sit on a fence". [Tibbets, Paul W., "Mission: Hiroshima", Stein & Day, 1985 ISBN 0-8128-8169-9]

After appearing with actress in the 1937 film "This Is My Affair", the two were married in 1939. The marriage had its ups and downs and eventually ended in 1951.

For his contribution to the motion picture industry, Robert Taylor has a star on the at 1500 .