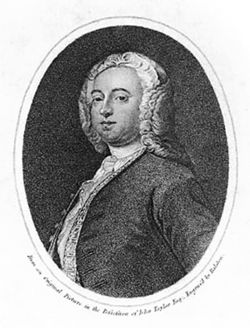 The illegitimate son of Dr William Oldys, chancellor of Lincoln, London was probably his place of birth. His father had held the office of advocate of the admiralty, but lost it in 1693 because he would not prosecute as traitors and pirates the sailors who had served against England under James II. William Oldys, the younger, lost part of his small patrimony in the South Sea Bubble, and in 1724 went to Yorkshire, spending the greater part of the next six years as the guest of the Earl of Malton.

On his return to London he found that his landlord had disposed of the books and papers left in his charge. Among these was an annotated copy of Gerard Langbaine's Dramatick Poets. The book came into the hands of Thomas Coxeter, and subsequently into those of Theophilus Cibber, furnishing the basis of the Lives of the Poets (1753) published with Cibber's name on the title page (though most of it was written by Robert Shiels).

In 1731 Oldys sold his collections to Edward Harley, 2nd Earl of Oxford and Earl Mortimer, who appointed him his literary secretary in 1738. Three years later Harley died, and from that time Oldys worked for the booksellers. His habits were irregular, and in 1751 his debts drove him to the Fleet prison. After two years' imprisonment he was released through the kindness of friends who paid his debts, and in April 1755 he was appointed Norfolk Herald Extraordinary and then Norroy King of Arms by the Duke of Norfolk.

Dr. William Oldys c. 22 October 1636 was the son of Rev. William Oldys b.1591 who was murdered in Adderbury, Oxford by Parliamentarian soldiers. The account of his murder tells of how he was hunted all day due to his support of the monarchy and even though he threw down money to distract the closing pack, he was run through with a sword and died. The church bell in Adderbury still bears his name and on the wall of the vestry is a plaque written in Latin describing that dreadful day 15 September 1645. His wife Margaret née Sacheverell died 7 May 1705. She was the daughter of Ambrose Sacheverell, the Reverend at Tadmarton in 1617.