. If a state road crosses the state border, the state code will change, for example route

in Salak Tinggi, Selangor will change to

after crossing the border of Negeri Sembilan to Nilai. 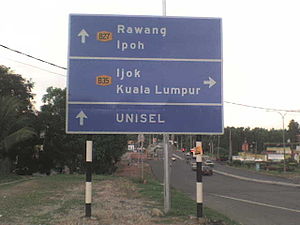