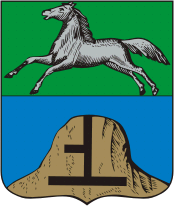 Biysk is situated in Southwestern , on the (not far from its confluence with the ). The city is called "the gates to the ", because of its position comparatively not far from this range. In Biysk there is the beginning of the Chuysky Highway, which goes through the to Russia's border with .

The city was founded in 1709 as a fortress by the order of the Russian Emperor Peter the Great, but in about a year was burnt by a local nomadic tribe and rebuilt in 1718. Gradually Biysk lost its role as a military base, but became an important centre of trade, which received town status in 1782.

The city's industry grew rapidly, especially after some factories were evacuated there from the west of the during the . Later the city was an important centre of arms development and production and still remains an industrial centre.

Biysk has a railway station, a port on the Biya, and is served by . The route of Federal importance -Biysk-Tashanta (Chuysky Highway) goes through the city.

Biysk is a centre of education and culture, having a teachers' training university, a technical institute and other educational institutions, a drama theatre (founded in 1943), a museum of local lore, etc.