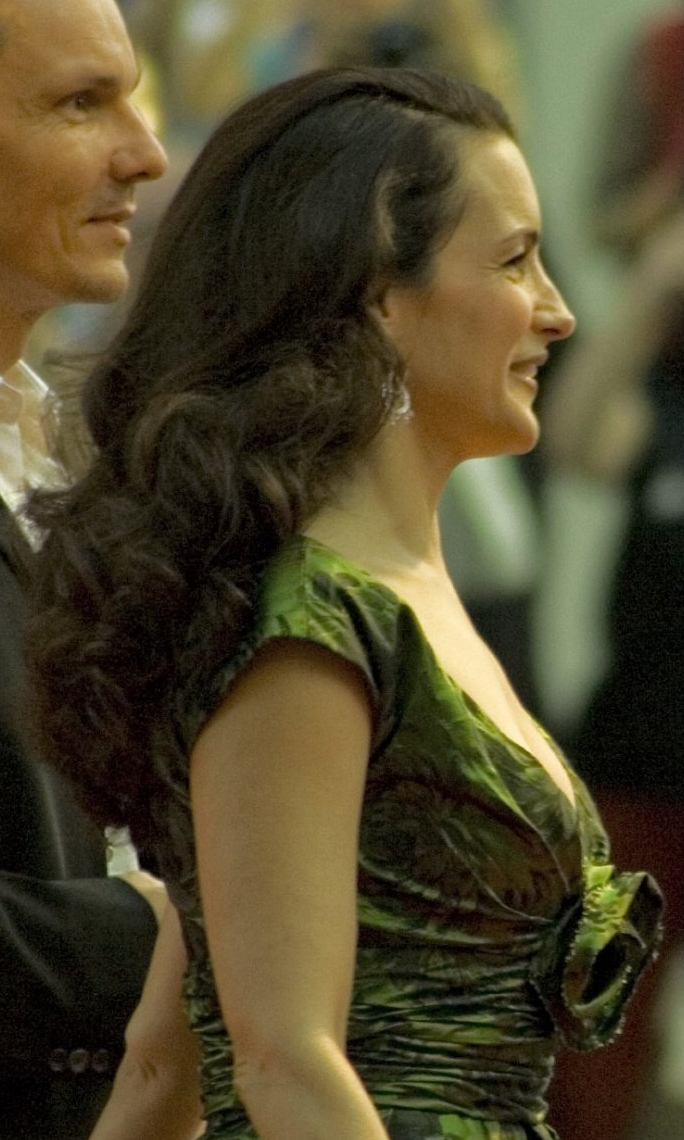 Kristin Landen Davis (also listed as Kristin Lee Davis; born or , [cite book|title=The World Almanac & Book of Facts|year=2007|publisher=World Almanac Books|pages=p.218|quote=2/24/65.] 1965 depending on the source) is an American - and -nominated actress, known for playing the role of on HBO's "".

Davis was born in Boulder, . [cite web | url=http://video.barnesandnoble.com/search/Biography.asp?z=y&ctr=767581 | title=Barnes and Noble biography | publisher=All Media Guide | accessdate=2007-02-01] An only child, her parents d when she was a baby. She was adopted by her stepfather, professor Keith Davis, [Doug Nye (September 19, 2000). "Kristin Davis, 'sex' symbol". The State (Columbia, South Carolina). [http://nl.newsbank.com/nl-search/we/Archives?p_product=CS&s_site=thestate&p_multi=CS&p_theme=realcities&p_action=search&p_maxdocs=200&p_topdoc=1&p_text_direct-0=0F10C0DD23C9C2A5&p_field_direct-0=document_id&p_perpage=10&p_sort=YMD_date:D&s_trackval=GooglePM] ] after he married her mother, Dorothy, a university data analyst, in 1968. [ [http://www.filmreference.com/film/93/Kristin-Davis.html Kristin Davis Biography (1965-) ] ] She had three stepsisters from her adoptive father's first marriage.

Davis wanted to be an actress since age 10, when she was cast in a community theatre production of "". Davis lived in South Carolina until she graduated from A.C. Flora High School in 1983. She then moved to , where she attended .

After graduation in 1987, Davis moved to and waited tables before opening a studio with a friend. In 1995, she landed the role of Brooke Armstrong Campbell on "". She left the show after one year when producers found that viewers disliked her character. Davis also had roles in other including "" and "".

In 1998, Davis was cast as Charlotte York in "" and remained an integral cast member until the series ended in 2004. She was the only one of the four actresses of "Sex and the City" (1998) not to get an Emmy nomination, until the final season in 2004.

She has also hosted the show "200 Greatest Pop Culture Icons". In 2005, Davis starred in a entitled "Soccer Moms" in which she and star as suburban mothers who moonlight as private detectives.

Films include "", opposite and ; the Walt Disney film "", opposite , and "Deck The Halls", opposite . She performed in channel's movie "Three Days" in 2006, and in a commercial for shampoo.

Shortly after the wide release of the "Sex and the City" feature film, in June 2008, , the nation's largest privately-owned department store chain, announced a partnership with Davis. The arrangement with the retailer includes an upcoming ladies' apparel and accessories line to debut during fall 2008 in 125 store locations and online, with eventual plans for expanding availability to other store locations. In Belk's press release regarding the product line launch, Davis cited her upbringing in South Carolina as part of the inspiration in working with the chain. [http://www.belk.com/media/pdf/Press_releases/2008/Belk_Announces_Kristin_Davis_Line_v2_m56577569830837910.pdf]

Davis is a recovering alcoholic. [ [http://www.foxnews.com/story/0,2933,357101,00.html 'Sex and the City' Star Kristin Davis: I'm a Recovering Alcoholic] (May 22, 2008). Fox News. Accessed .] She says as part of her southern upbringing, she was introduced to alcohol early: "Alcohol freed me. I was really shy and I didn't know how to come out of my shell. I drank for the same reason I loved acting. I wanted to feel things and express myself and be free. And I'm not naturally that way." [citeweb|author=Sharon Churcher |url=http://www.dailymail.co.uk/pages/live/articles/showbiz/showbiznews.html?in_article_id=565450&in_page_id=1773 |title=Sex and the shower scene... or how Kristin Davis refused to bare all in Sex And The City movie|publisher=Mail on Sunday|date=May 11, 2008|accessdate=2008-05-11] She went sober in her mid-20s:

Having admitted a preference for dating actors, her ex-boyfriend list is high-profile and extensive, including: , , and . She says: "If I had one wish for myself, it would be to fall in love. That's asking for trouble, but that's the truth."